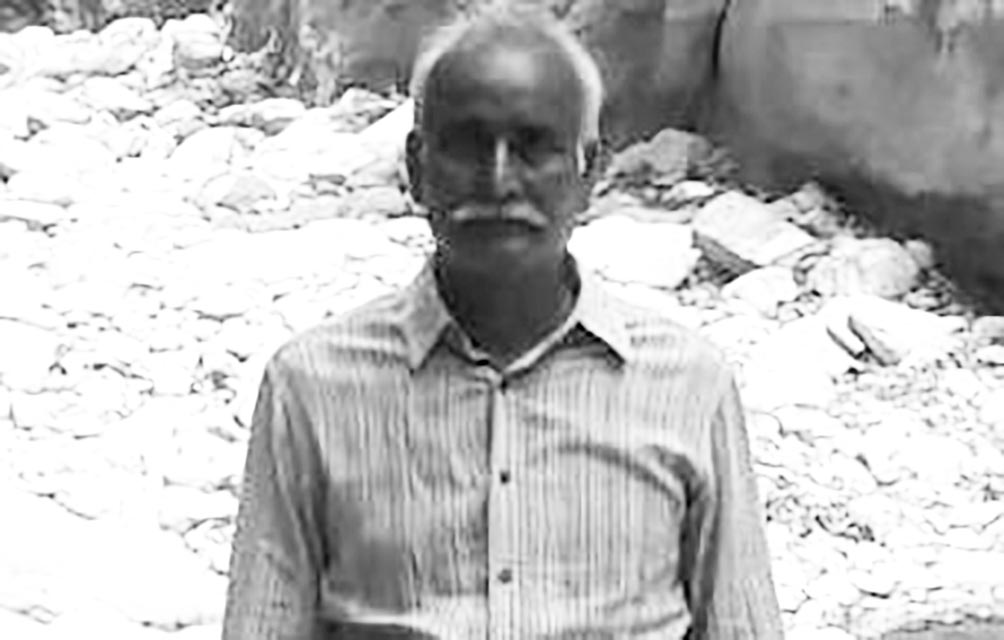 COMRADE Ramdhani Baitha, 65 years old, passed away on 19 November 2018 at his home in Bisunpurva village, Bagaha Block, Western Champaran while he was sitting and talking to some people, when he suffered a brain hemorrhage. He was a member of the CPI(ML) District Committee and had been associated with Party building work ever since its establishment in Western Champaran. Even while he was employed, he used to participate in organizing Party programs like a true Communist revolutionary. After he retired as a teacher, he became a full-time Party worker. His passing is an irreparable loss to the Party, the people, the country, and to his family. The Party stands with his family in this hour of grief.

The loss of Comrade Ramdhani in the midst of the present war against fascism is a void which cannot be filled. From the 80s, Comrade Ramdhani had been active in the struggle to build an oppression-free society. Instead of giving priority to his status as a government teacher, he always gave priority to the spread of the CPI(ML) in every village in feudal-dominated Western Champaran.

It is hard to believe that Comrade Ramdhani Baitha is no longer with us. He discharged his Party responsibilities with as much energy and dedication as he taught his pupils at school. He started his career as a Primary school teacher and retired as a High School Principal last year, after which he became a full-time Party worker in charge of 3 Blocks. His contribution to establishing the Party as a revolutionary Communist party in feudal-dominated Western Champaran can never be forgotten. He worked to re-energize the Party in the most difficult of circumstances, and his courageous work-style will ever be an inspiration for us.

From 7 am in the morning of 19 November, cries of grief could be heard in Bisunpurva village. Men, women, children, and senior citizens had tears in their eyes. On 20 November a condolence meeting was held. All day long, people from the teaching community and other walks of life as well as comrades came to pay their tributes.

Ramdhani Baitha was very well-respected in the teaching community. Even after his retirement in 2017, he was the Secretary of the Bigaha-1 Teachers Association. ‘Master Saheb’ was equally, if not more, respected among the poor. He used to teach during the day and at night he would organize the poor for the fight for dignity, proper wages, housing, and land. He prepared many people as ML activists and played an important role in the success of the Party as a leader of people’s revolution. Whenever the Party was in need, he gave his entire salary to the Party without a second thought. Even in his last days, he neither idled at home, nor gave indulged in the politics of power, but gave his all to the fight against fascism and for saving the country, democracy, and the Constitution. His demise is indeed an irreparable loss to the Party, to society, the country and the people and to his family.