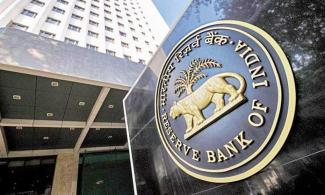 DID you think the Modi Government’s policy-makers could not come up with a more disastrous idea than even Demonetisation? If so, you’re wrong.

What Exactly is Sec 7

Section 7(1) of the Reserve Bank of India Act says the Centre may, from time to time, give such directions to the Bank, after consultation with the governor of the RBI, considered necessary in the public interest.

Section 7(2) adds – subject to any such directions, the general superintendence and direction of the affairs and business of the Bank shall be entrusted to a Central Board of Directors, which may exercise all powers and do all acts and things which may be exercised or done by the Bank.

This is being seen as impinging on the autonomy of the central bank, and so far in independent India’s history has no precedence.

If the central government were to coerce RBI into paying a special dividend of approximately 3.6 lakh crore rupees which is equal to two fifth of reserves accumulated over decades, it would be even more disastrous than demonetisation.

Allow me to explain the downstream impact of  these options.

What is unrealised Reserve ?

This is Non-Cash gains. Let me explain in layman terms.

1. Sell Gold Reserves of RBI: This one is theoretically possible, but economically disastrous as it would lead to an over-dependency on foreign exchange and would be suicidal for India which is an import oriented economy.

2. Sell Government sector bonds held by RBI: This is more feasible and easier, but will break the back of money markets. The supply of government sector bonds will increase exponentially, and cash will be sucked out. To curb the excess cash RBI would have to increase its interest rates. It will put burden on masses to pay the extra interest. With higher rates, the demands for loan by common persons would fall - and this too would be suicidal.

3. Sell FOREX reserves: This would expose India to dollar bankruptcy, and over-value the rupee. This is most dangerous step. It will ruin the economy beyond repair.

The only way RBI can practically pay a special dividend of Rs 3.6 lakh cr to Central government  is by printing cash and that’s another suicidal idea which is outlawed by India’s Companies Act.