Skip to main content
Commentary 26 January 2020
Government of the Goons, For the Goons, By the Goons 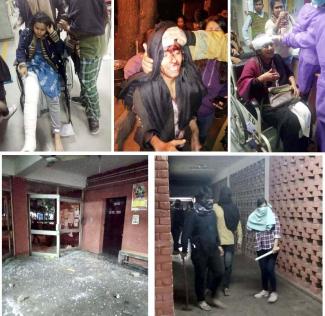 IMAGES of brutal attacks on JNU students and teachers by a group of masked young men and women armed with sticks, iron rods and sledgehammers have once again brought the whole world face to face with the growing fascist violence in India. More than the intensity of the violence, it is the pattern of this whole operation which should be an eye-opener for anyone still believing in the ‘all is well’ Modispeak.

Screenshots of WhatsApp messages exchanged before the attack clearly point to the planned nature of the attack and the involvement of both insiders and outsiders, including known ABVP activists from JNU and DU. There are video clips of masked men roaming the streets and leaving the campus in style in the presence of police after carrying out the attacks, making it fully clear that the operation was carried out in connivance with the police and the university security. The attackers also appeared to have chosen their targets quite selectively. Left student activists and Muslim and Kashmiri students were specifically targeted, rooms with posters or books suggesting BJP affiliation were conspicuously left out. The police intervened later only to block off the roads leading to the JNU campus to stop Delhi citizens from rushing to the rescue of the students under attack.

The response of the Modi government and the JNU administration to this terror attack has been along predictable lines. While condemning the violence in abstract terms, Modi ministers, especially JNU alumni like Nirmala Sitharaman and Subrahmanyam Jaishankar, tried to blame the JNU students for all that happened. The administration has gone ahead filing FIRs against the JNUSU President Aishe Ghosh in connection with the ongoing agitation against fee hikes, and if one cares to look at the time when the FIRs were filed that was exactly when the attackers were in full swing! And now that sections of the pro-Modi media are also finding it difficult to carry on with the concocted Sanghi narrative, a new fringe outfit has been pressed into service to take responsibility for the attack. A video clip issued by a so-called Hindu Raksha Dal not only claims responsibility for the JNU attack but threatens to carry out similar attacks on other universities! 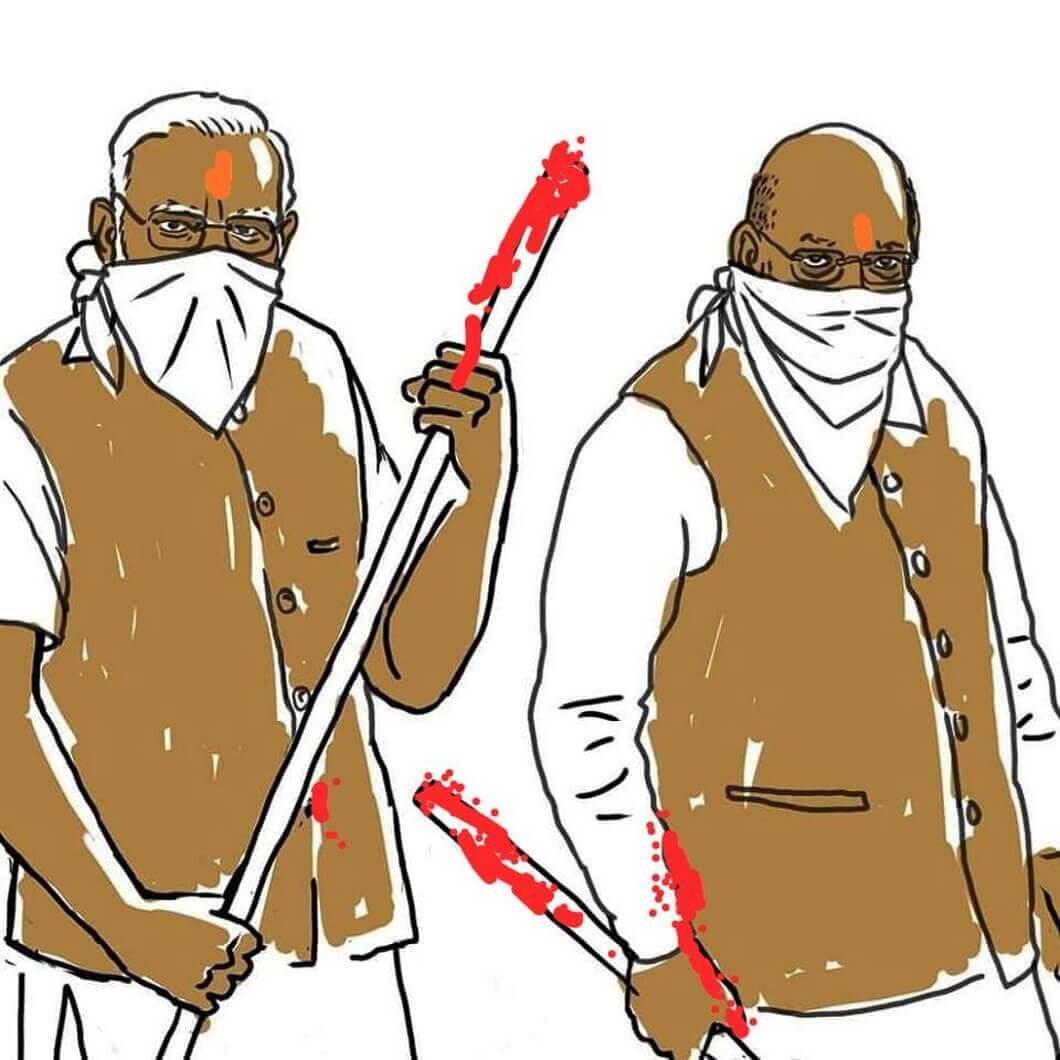 The January 5 masked attack on JNU has been preceded by relentless adverse propaganda against the university and a ceaseless war on the environment of debate, democracy and academic excellence that made JNU a distinguished institution of higher education and research with an international reputation. The use of terms and expressions for JNU students like tukde-tukde gang, freeloaders feeding on public money and the portrayal of JNU as an anti-national den of evil have all been aimed at defaming the institution in public perception and facilitating and legitimising the kind of organised violent attack that we saw on 5 January evening.

The JNU incident has come in the wake of a series of attacks on other universities like Jamia Millia Islamia in Delhi, Aligarh Muslim University and Jadavpur University and a brutal crackdown on peaceful mass protests against the Citizenship Amendment Act which has taken a toll of at least three dozen lives in Uttar Pradesh, Assam and Bihar. Rattled by the scale and intensity of the anti-CAA protests and the loss of power in the crucial states of Maharashtra and Jharkhand, the Modi-Shah regime has now unleashed brutal all-out war on all kinds of protests. The changing mood of the country is perhaps best reflected among the youth and in universities and other institutions of higher education and the government. If the Modi-Shah regime thinks it can get away with all its disastrous, divisive and unconstitutional policies by unleashing war on students, it is living in a fool’s paradise.

The CAA had already triggered a countrywide mass awakening with the Preamble of the Constitution emerging not just as a vision statement but as an action manifesto for ‘We, the people of India’. The attacks on the students of Jamia and JNU right in the heart of Delhi have only strengthened this mass resolve with increasing outpouring of spontaneous support for the fighting students and rise in anger against the repressive rulers who are out to divide and destroy the country. The all India general strike called by trade unions against privatisation and denial of labour rights on January 8 has already been endorsed by wider sections of the people with farmers, rural labourers and students all pledging their wholehearted support. The unity and determination of an awakened people always proves to be more powerful in the ultimate analysis than the repression and arrogance of an autocratic regime. Let 2020 bring home this basic lesson of democracy to the Modi-Shah regime.