A ‘Save the Constitution’ rally was organized on the occasion of the 6th Madhubani District Conference on 18 January 2020. Addressing the rally, CPIML General Secretary Dipankar Bhattacharya said that Modi-Shah’s agenda is to destroy the Constitution and impose fascist Sanghi-Hitler rule in India. With this agenda they have brought CAA-NRC-NPR but the people will not allow them to change the Constitution and to choose who will be a citizen and who will not. Protests are taking place across the country led by students, youth, minorities and women. Shaheen Bagh has spread to every corner of the country. The PM and HM are afraid of going to Assam, Bengal and other states. The people have understood the malicious intent of NRC; the Assam NRC is a disaster which has snatched away the citizenship of 19 lakh people out of whom most are Hindus and 55,000 migrant families from Bihar are also included in this. He said that Nitish Kumar should stop his deceitful games and immediately stop NPR in Bihar. The economy of the country is in a shambles, workers’ rights are being snatched away and ASHAs and Rasoiyas are being made to work without wages. The people will give a befitting reply by throwing out these anti-people governments at Delhi and Patna. The rally was also addressed by PB member and Mithilanchal in-charge Dhirendra Jha,  District Secretary Dhruv Narayan Karn and leader of CPIML Legislative Party Mahboob Alam who said that an ultimatum has been given to the Bihar government to immediately stop NPR, otherwise face bigger and sharper protests.

Earlier, Comrade Dipankar Bhattacharya met the protesters sitting on an indefinite Dharna in front of the Madhubani Collectorate and expressed solidarity with them. 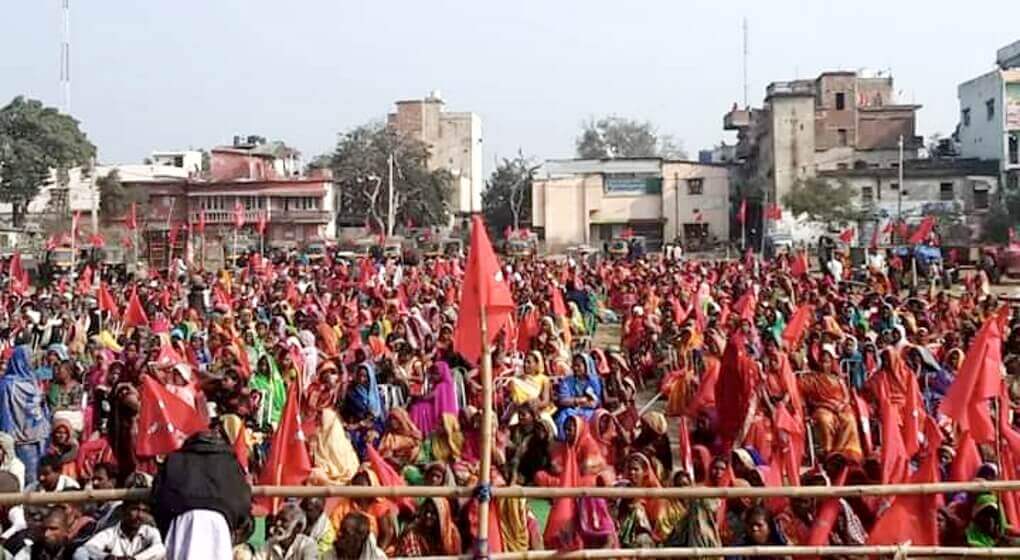 Dharna against CAA in Haldwani 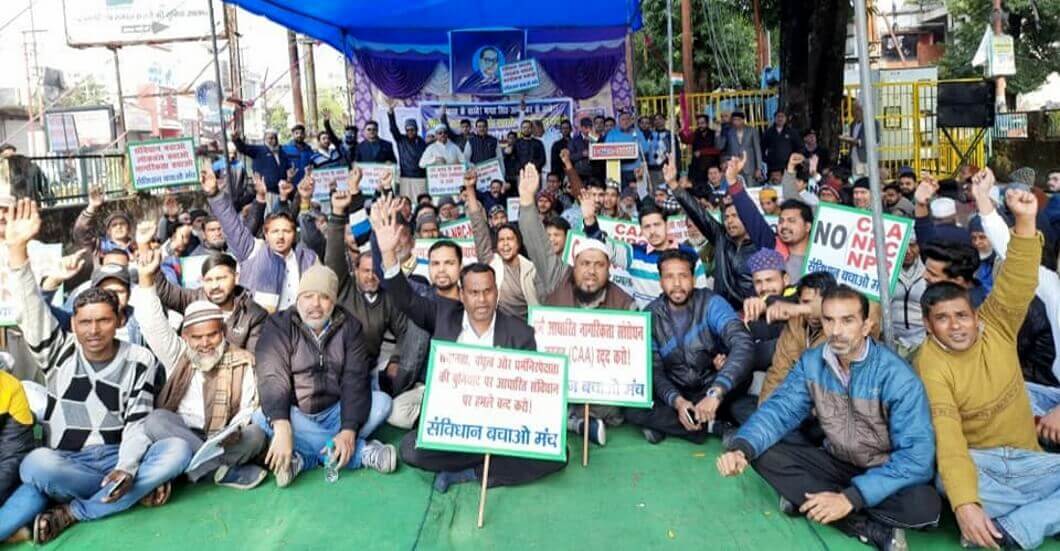 Addressing the dharna, Raja Bahuguna said that the people of India have asserted their values and come out on the streets against the Sangh Parivar’s communal-fascist agenda. He said that we will not step back until the Central government revokes CAA and stops the NPR process due to start from 1 April. Syed Irfan Rasool said that the government’s duty is to solve the people’s problems but the Modi government has become the biggest problem for the people. Advocate Kailash Joshi said that the Modi government is brutally silencing all voices of dissent and murdering democracy; it is the duty of every democracy-loving citizen to protest against this government. GR Tamta pointed out that the architect of the Constitution Babasaheb Ambedkar had cautioned that to make India into a Hindu Rashtra would be equal to disaster. Councilor Shakeel Ansari said that the women of Shaheen Bagh have shown the way and now Shaheen Bagh has spread to all corners of India. 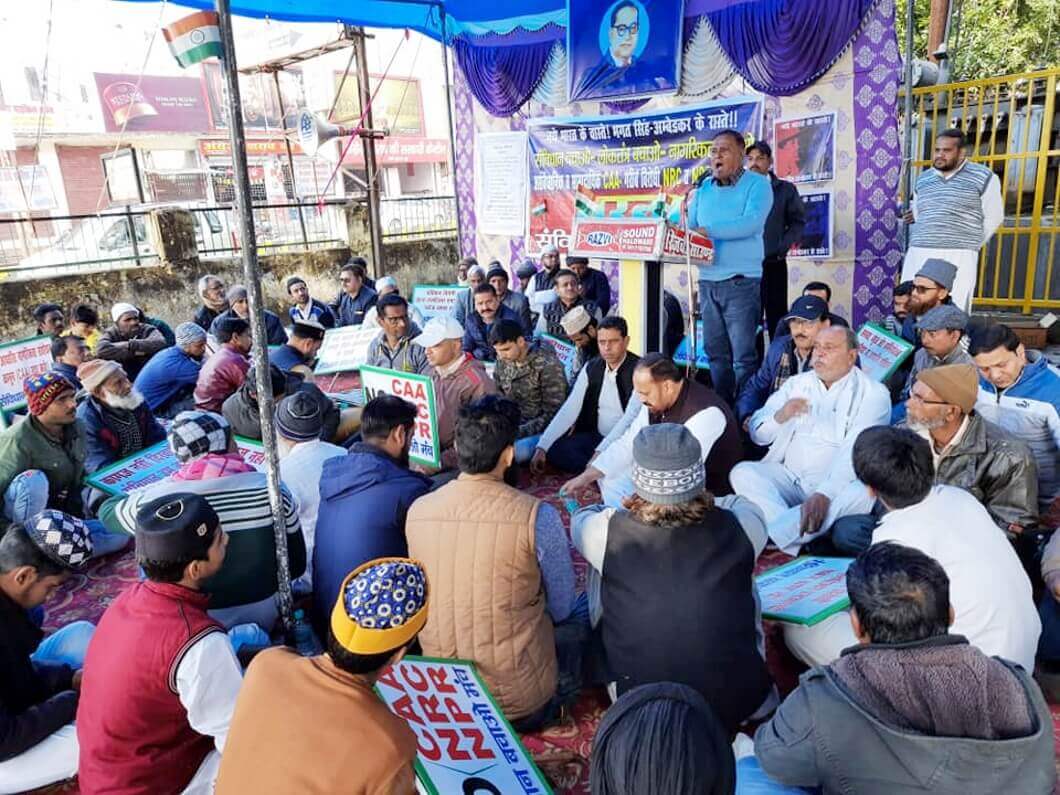