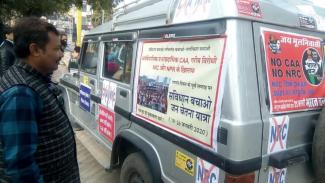 THE Samvidhan Bachao Jan Chetana (People’s Consciousness for saving the Constitution) Yatra began in Mewar Division as scheduled on 19 January 2020 from the Shaheed Smarak at the Town Hall by paying tribute to martyrs. The aim of the Yatra is to heighten people’s consciousness about the anti-Constitution and anti-democratic character of CAA-NRC.

When the Yatra reached Bhatevar village crossroads at about 1 pm, some people threatened violence, tore banners and surrounded it, saying that they would not let it proceed. Despite this the Yatra proceeded and when it reached Kheroda Bus Stand it was again surrounded and threatened. They abused the protesters as ‘Pakistanis’ and removed the tricolor and tore the Preamble put up on the bonnet. They also tore pamphlets and parchas and attacked from behind with lathis. 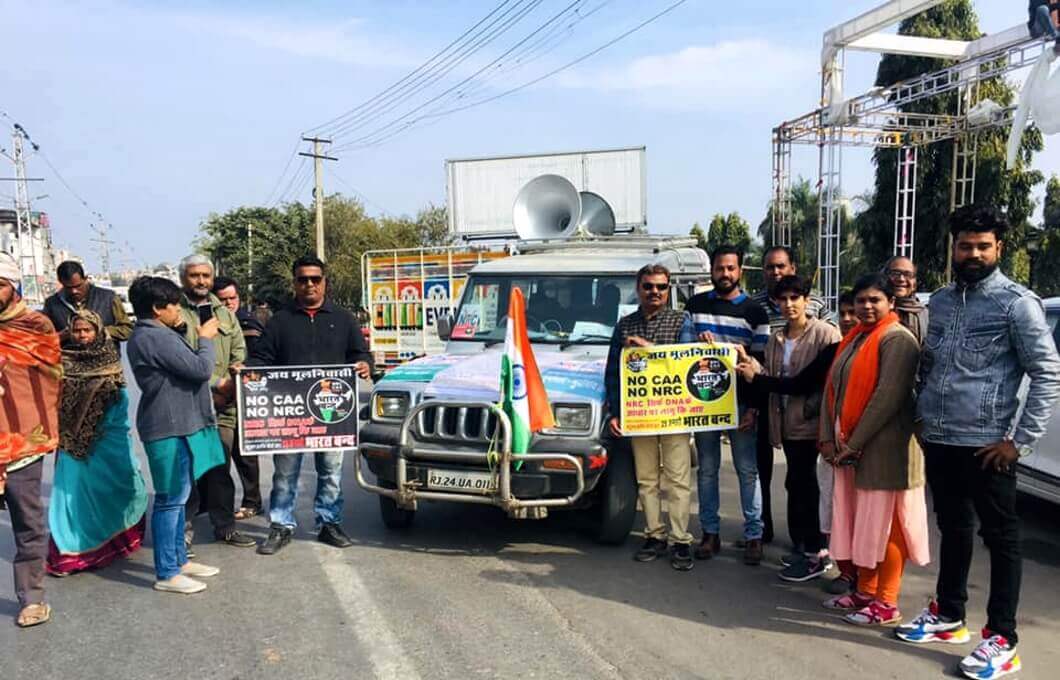 The people in the Yatra then went to Udaipur Collectorate to demand legal action against this entire episode and action against the persons who insulted the national flag and the tore the Preamble of the Constitution. The Additional SP registered a case and assured that action would be taken.

CPIML leader Saurabh Naruka said that the BJP-RSS want to implement the two-nation theory of Jinnah-Savarkar through the communal CAA. They are following the British Raj trick of ‘divide and rule’. Rajesh Singhvi (CPM), Mohd Anees (Bahujan Kranti Morcha), Prof Hemchandra Chandaliya, Dinesh Dave and others also spoke on the occasion.

Notice of this Yatra with a route chart had already been given to the Collector’s office, Udaipur and to the Divisional Commissioner. Information has been received that Thana Officer Ranjit Singh has informed by telephone that a case has been registered, following up on the memorandum submitted to SP Udaipur on the attack on the Samvidhan Bachao Jan Chetana Yatra. The details are: FIR NO. 16/2020 and the sections under which the case is registered are Section 2 of the Prevention of Insults to National Honor Act 1971, Section 143, 149, 341, 427 and 506 of IPC. 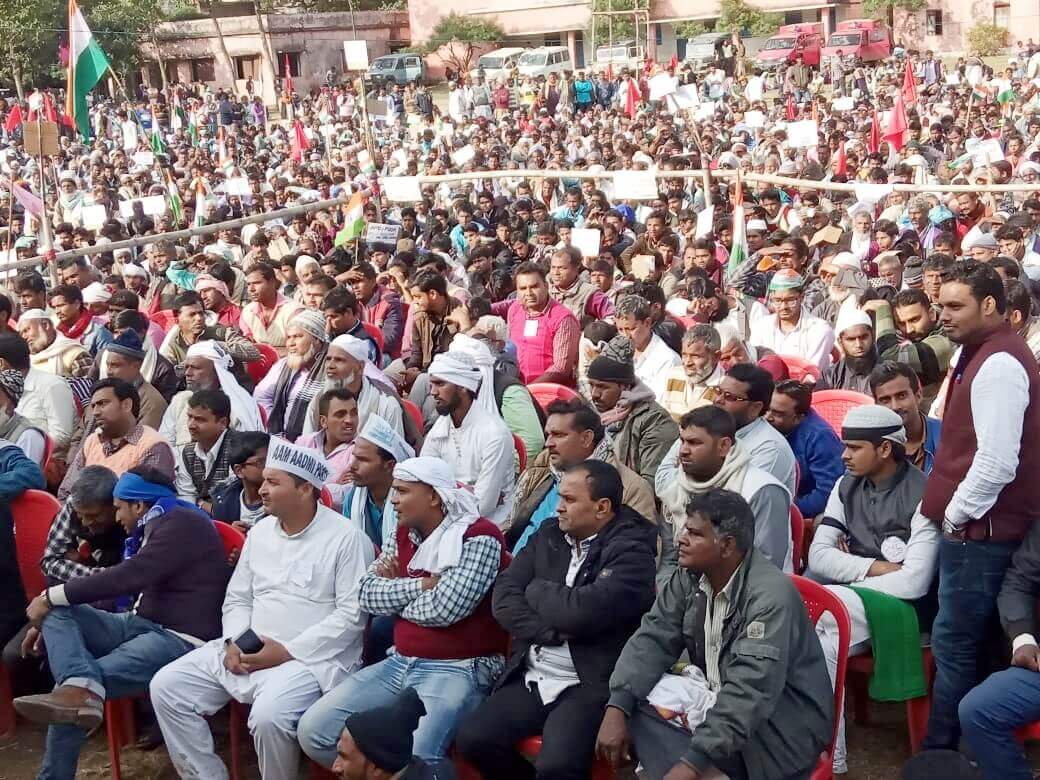 Save Constitution Campaign in Champaran

Western Champaran, the land of Mahatma Gandhi’s Satyagraha struggle, is vociferous in its protest against the anti-Constitution anti-democracy CAA-NRC-NPR. The protests in the District began with a rally on 23 December 2019 under the banner of Left parties at Chanpatiya, attended by people from all faiths. The Samvidhan Bachao Desh Bachao Sangharsh Samiti was constituted. A massive public meeting was held on 27 December at Betiya despite obstacles and attacks and appealed to the Supreme Court to take action to revoke the unconstitutional CAA. The meeting also demanded the shutting down of detention centers in Assam. 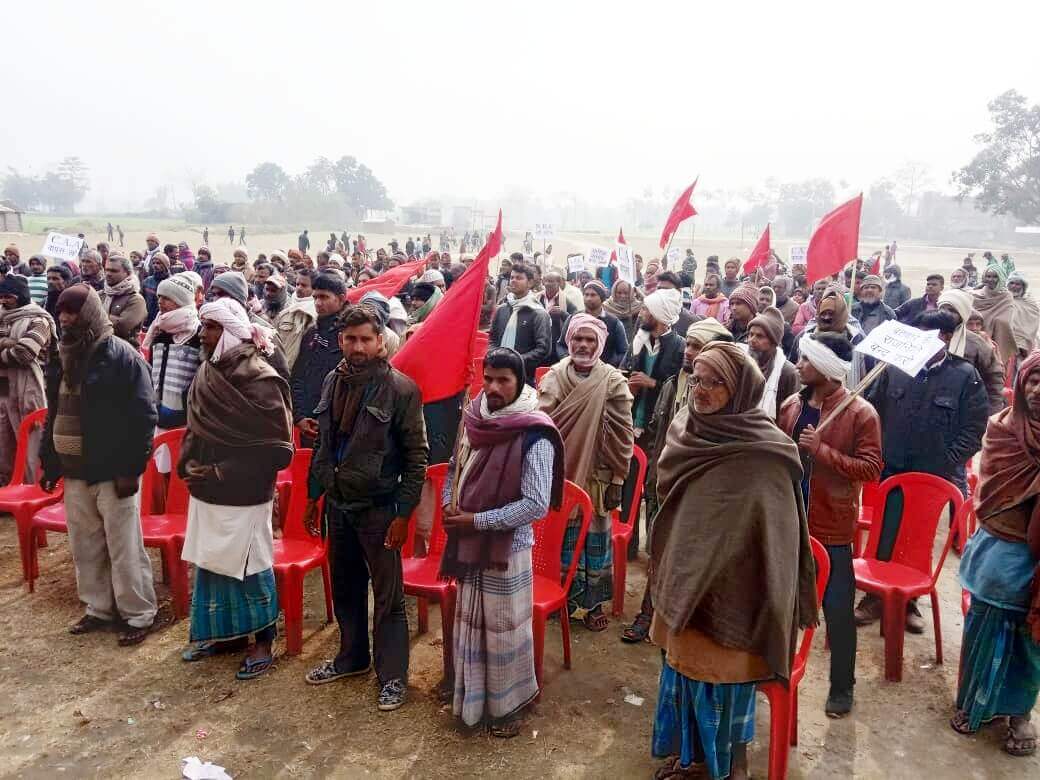 A huge rally was organized on 4 January 2020 at Sikta to demand withdrawal of CAA-NRC. Further, a Save the Constitution-Save the Country-Save Citizenship people’s unity conference was organized on 11 January at the Shaheed Bhagat Singh Khel Maidan in Bairiya.

A ‘Hamari Aawaz’ (People’s Voice) program was organized on 15 January at Mehdi Hasan Chowk under the banner of Insaf Manch, addressed by leaders including AIPWA Secretary Kavita Krishnan. Comrade Kavita pointed out that NPR-NRC-CAA affects not only Muslims but other people also, including dalits, adivasis and the poor. She added that Nitish Kumar must be pressurized into issuing a notification banning NPR, as NPR is the first step in the NPR-NRC-CAA ladder which threatens to strip the poor as well as other vulnerable sections of people, and Muslim minorities of citizenship. She said that the people have elected the government; the government cannot now be allowed to select the people and voters. 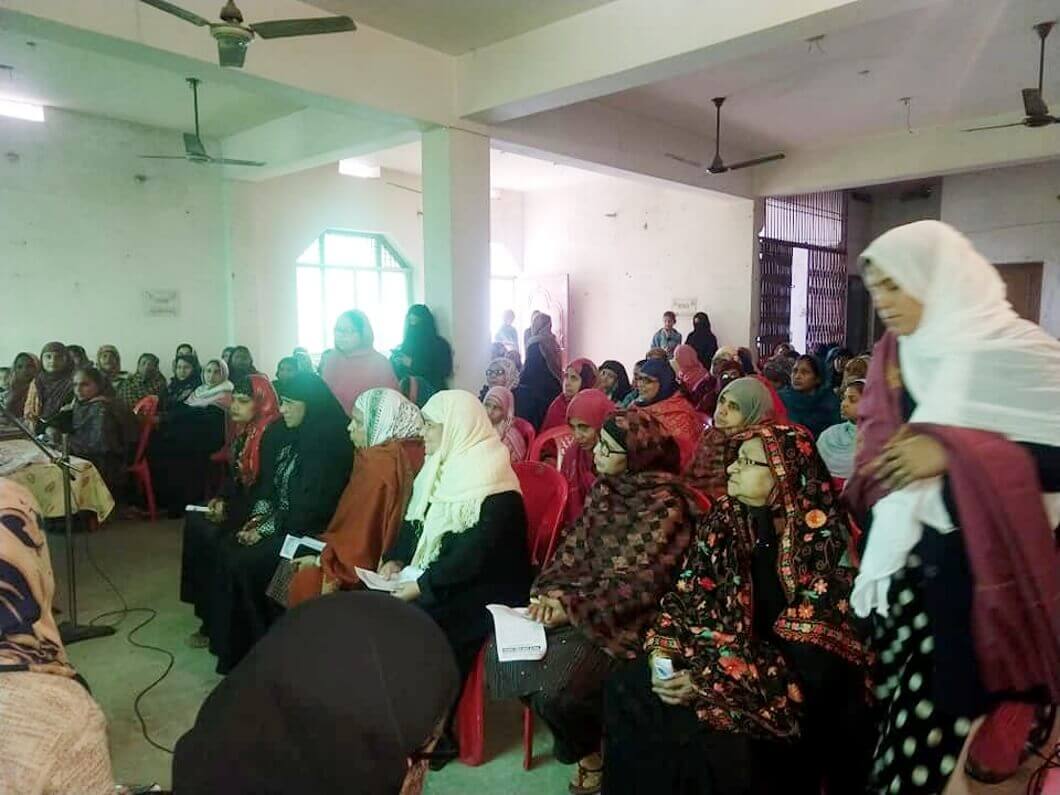 AIPWA and Insaf Manch organized a convention at Millat Colony in Patna at the behest of women from the colony. The convention discussed the divisive and communal CAA, women’s issues and their struggle for rights, and sang ‘Hum Dekhenge’, “Kagaz Nahin Dikhaenge’ and other songs. AIPWA General Secretary Meena Tiwari said that this country belongs to the shared heritage of Fatima Shaikh, Savitribai Phule and Rani Laxmi Bai, and we will not allow fascist-communal people to break and divide us. The convention concluded with spirited slogans of ‘We shall fight; we shall win!’ 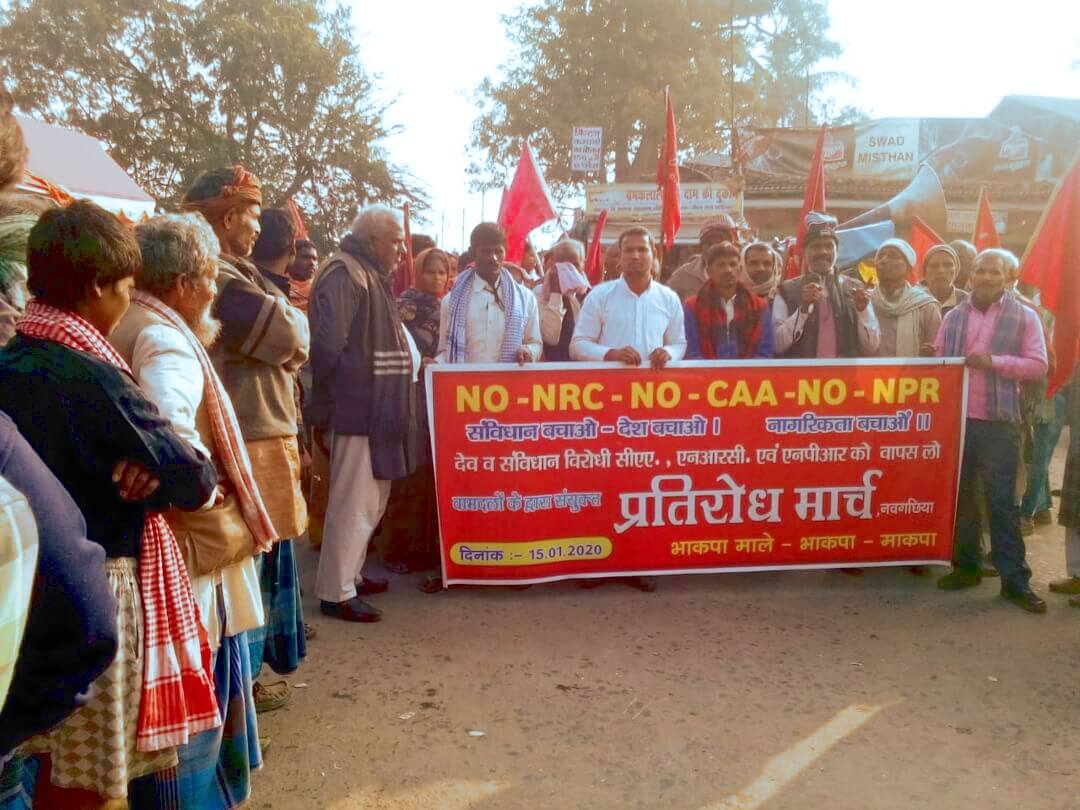 A protest march was organized at Naugachhiya Bazaar, Bhagalpur on 15 January 2020 against CAA-NRC-NPR led by District Secretary Bindeshwari Mandal, Block Secretary Ramdev Singh, Sitaram Rai (CPI) and Ajit Vidrohi (CPIM). The march traversed all the main roads of Naugachhiya and culminated in a meeting at Vaishali Chowk. A large number of people attended the protest march and meeting.