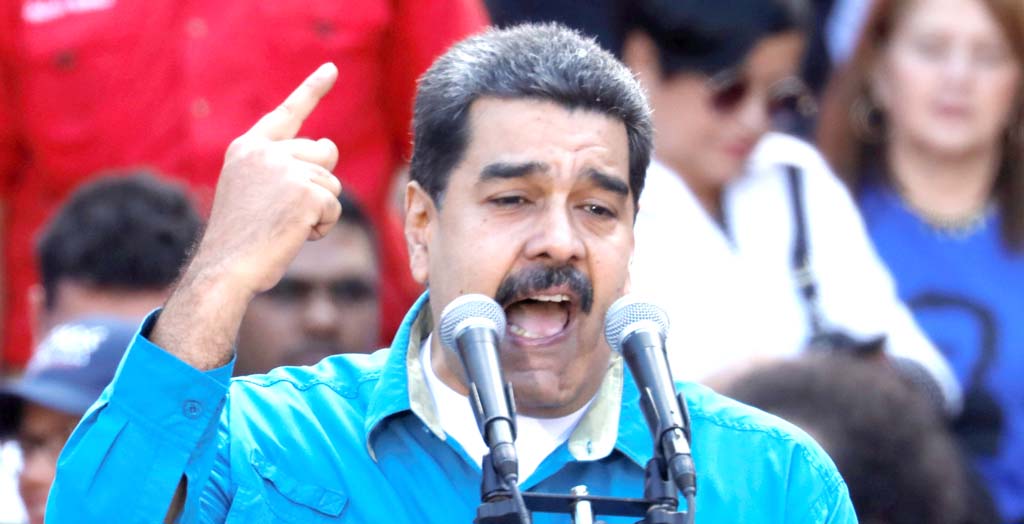 Venezuela's President Nicolas Maduro speaks during a rally to commemorate the 60th anniversary of the end of Venezuelan dictator Marcos Perez Jimenez's regime in Caracas, Venezuela January 23, 2018. REUTERS/Marco Bello[/caption] Nicolás Maduro was re-elected as President of the Bolivarian Republic of Venezuela, polling more than 6 million votes (68% of the total votes cast). The The main opposition coalition, the Democratic Unity Roundtable, boycotted the elections, while Opposition leaders who did contest and lost, declared that they refused to accept the election result. The US took this opportunity to impose sanctions on Venezuela as punishment for what they declared to be a rigged election process. President Nicolas Maduro ordered the expulsion of the US envoy following the imposition of sanctions, declaring, “The empire doesn't dominate us here...We've had enough of your conspiring.” He repudiated the sanctions saying, “all the sanctions that are sought against the Bolivarian Republic of Venezuela, because they harm it, they generate suffering for the people of Venezuela.” The sanctions are likely to sharpen the humanitarian crisis in Venezuela, which is the product of hyperinflation, food and medicine shortages, and broken water, power and transportation networks, which had recently led to thousands fleeing Venezuela for Colombia, and which had eroded support for Maduro and the PSUV.