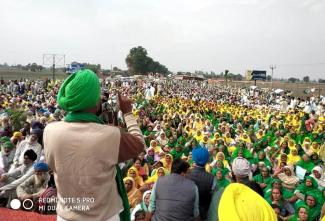 KISAN leader Manjeet Singh Dhaner whose life sentence was upheld by the Supreme Court has been released on the strength of people’s struggle. In the following piece we attempt to give a brief summary of the facts of this important and unusual case which has gone on for 50 years so that readers may understand this issue and the importance of the 22-year long people’s struggle.

This case began on 29 July 1997, the day on which 17-year old Kiranjeet Kaur—daughter of physically handicapped government school teacher and resident of village Mahal Kalan in Barnala Master Darshan Singh—was returning home from college. She was kidnapped on the way by some people. When her family and the villagers failed to find her after searching till late evening, the matter was reported to the police.

The family and villagers suspected some boys from a wealthy and feudally dominant family in the village who were already notorious for such mischief. In addition to being wealthy the family also had high political connections, and was close to the police, administration and leaders from the Congress and other parties. As a result the police dared not question them despite the villagers’ suspicions. Instead, the police turned on the girl’s family and said that the girl must have run away with some lover. They advised the family to wait, as the girl would return by herself.

In this situation, all the farmers’ workers’, and people’s organizations of the area organized a meeting for justice for the family, and formed a joint committee which decided to launch a mass agitation to find Kiranjeet. Rallies were organized and Thanas and police officers were gheraoed. Under pressure from the agitation the police were forced to search the fields belonging to the suspected family, and on 11 August 1997 they found the girl’s body, clothes and books buried in those fields.

The post-mortem revealed that the kidnappers had gang raped the girl and then killed her after which the buried the body in order to erase evidence. After this came to light there was huge anger among the people and a mass agitation was organized in the Malwa region of Punjab to punish the rapists and killers. CPIML’s organizations AIPWA, Mazdoor Mukti Morcha and Kisan organizations participated in this agitation. Party leaders including the late Comrade Jeeta Kaur addressed the meetings every year on 12 August in memory of Kiranjeet Kaur. 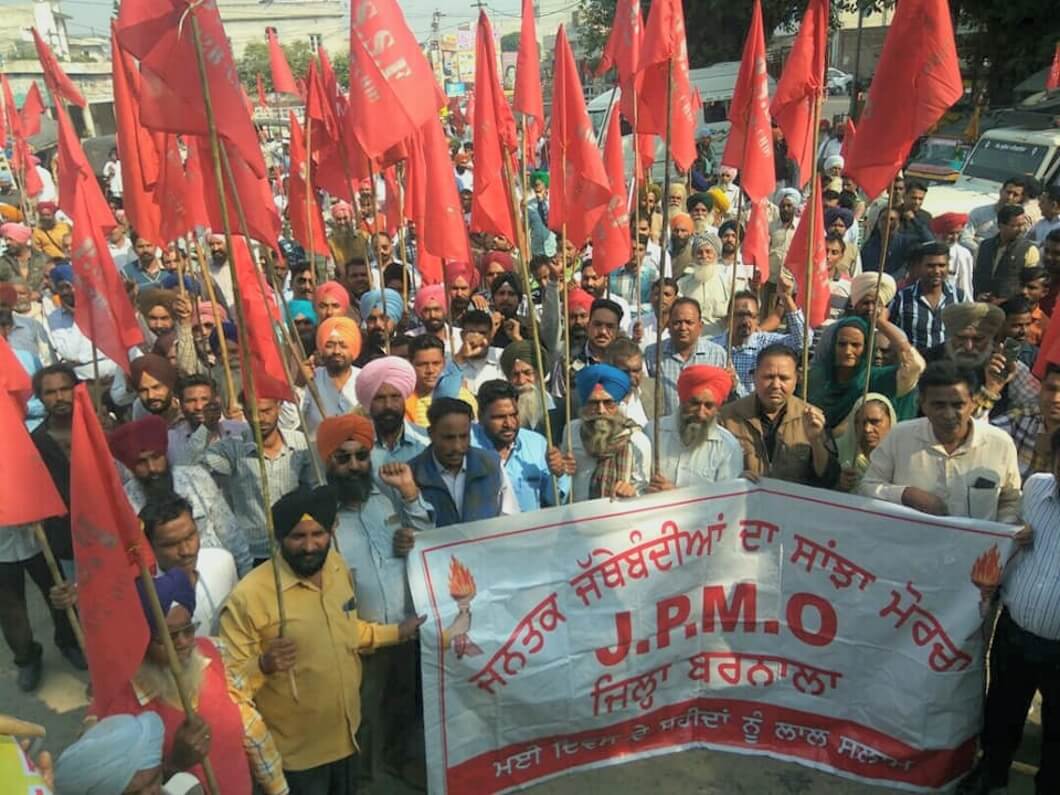 The joint committee is known all across Punjab as the ‘Action Committee Mahal Kalan against the Kiranjeet Murder Case’. Active members of the committee included Manjeet Singh Dhaner, electricity workers’ leader Comrade Narayan Dutt, and Democratic Teachers’ Front leader Master Prem Kumar. The Action Committee organized a strong people’s movement to carry forward this struggle, as a result of which the Sessions Court Barnala found four of the accused in this case guilty of rape and murder and sentenced them to life imprisonment in August 2001. But a few days before the verdict was pronounced, an incident occurred which posed a new and serious challenge in front of the movement. The family of the perpetrators had an old enmity with some other people also in the village, in which regard another case was going on in the Barnala court and a hearing in that case was due on 3 March 2001. The members of the perpetrators’ family clashed with members of their enemy family inside the court. 85-year old Dileep Singh from the perpetrators’ family was injured in the clashes and died in hospital after 10 days.

The perpetrators’ family hatched a conspiracy to save the 4 guilty youth through a cross case of Dileep Singh’s murder against the Action Committee leadership. They registered an FIR naming Manjeet Singh Dhaner, Narayan Dutt and Prem Kumar. This action on their part further strengthened the people’s struggle and the police were forced to enquire into the matter. The police enquiry found that these 3 persons were innocent and were nowhere near the spot when Dileep Singh’s murder took place.

However, the judge hearing the case was fanatically anti-Left and anti-progressive, so when the perpetrators’ family demanded that the 3 accused be produced in court despite the police enquiry report, he asked them to be produced in court, arrested and sent to jail. The court pronounced the 3 leaders and 4 others guilty and sentenced them to life imprisonment. This verdict so outraged the people that thousands staged about 18 huge protests in Barnala city to demand release of the innocent leaders. Under pressure, the then Badal government submitted a recommendation to the Governor for waiver of punishment. The Governor waived their punishment on 24 July 2007 and the 3 leaders were released from jail. 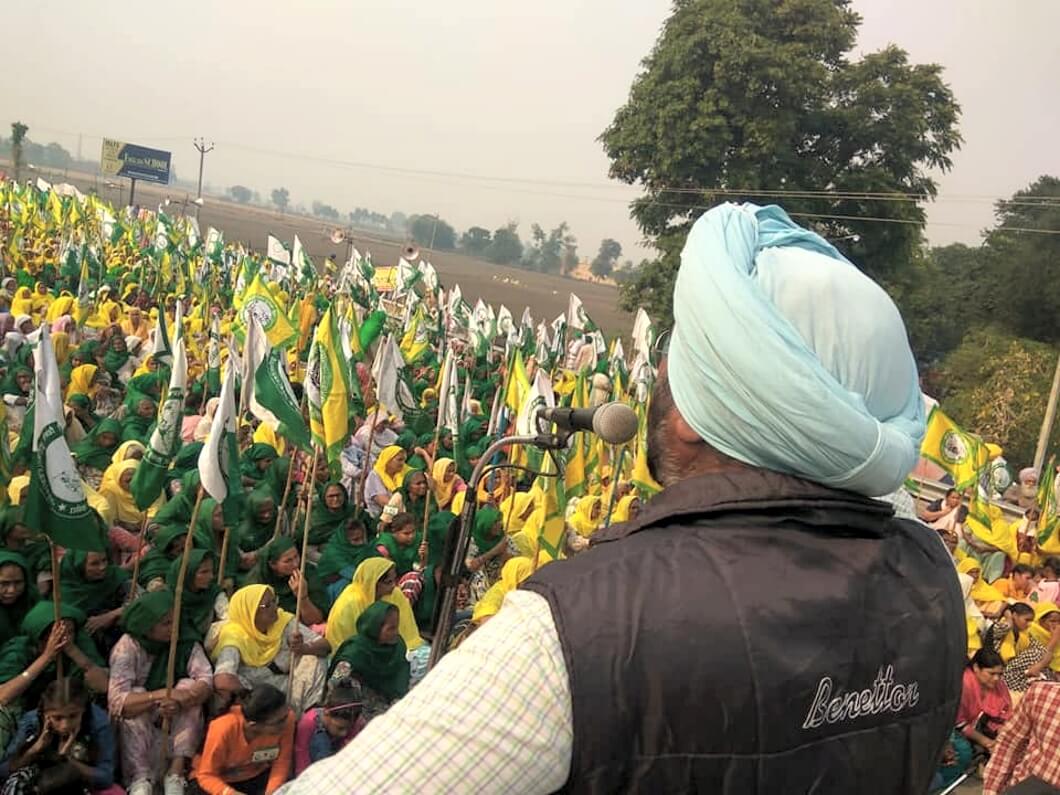 But an appeal in this case was also being heard at the Punjab and Haryana High Court. On 11 March 2008 the High Court ruled that the President or Governor cannot waive any punishment while the case is sub-judice in a higher court. After recording this remark, the High Court acquitted Narayan Dutt and Prem Kumar but upheld the punishment for Manjeet Singh Dhaner and the 4 other villagers.

An appeal against this verdict was filed in the Supreme Court. By now Dhaner had emerged as a well-known kisan leader in Punjab and State Senior Vice President of the Bharatiya Kisan Union (Dakonda Group). 11 years later on 3 September 2019 the Supreme Court pronounced its verdict on the appeal and upheld the life imprisonment sentence of Manjeet Singh Dhaner.

The Supreme Court verdict angered the people and once again hundreds of protests and rallies were held across the State. A joint committee of 44 farmers’ and workers’ organizations decided to launch a mass people’s struggle against this unjust verdict. On 11 September a delegation met the Governor and demanded cancellation of the sentence. Holding the Punjab government responsible, it was decided to organize a protest on 20 September at CM Capt Amrinder Singh’s city Patiala. When thousands of farmers, workers, students and youth reached Patiala on 20 September they were stopped by the police some kilometers before the city where the protests continued the whole day. The next day an indefinite dharna began at the village (Mahamadpur) mandi. When the Sangharsh Committee declared that the rally would march to Patiala on 22 September, the administration felt cowed down. The SDM Patiala came to the spot and delivered a letter fixing a meeting of the delegation with the Principal Secretary on 26 September at Chandigarh. Thousands of people including women in large numbers gathered on 26 September. It now came to light that the office of the Governor had sent this case file back to the Punjab government and it had been gathering dust for the past 2 months. The Sangharsh committee then decided that the dharna would be staged in front of the Barnala District jail instead of Patiala, because as per the SC verdict Manjeet Singh Dhaner had to be present at the Barnala Court on 30 September to be taken to jail. 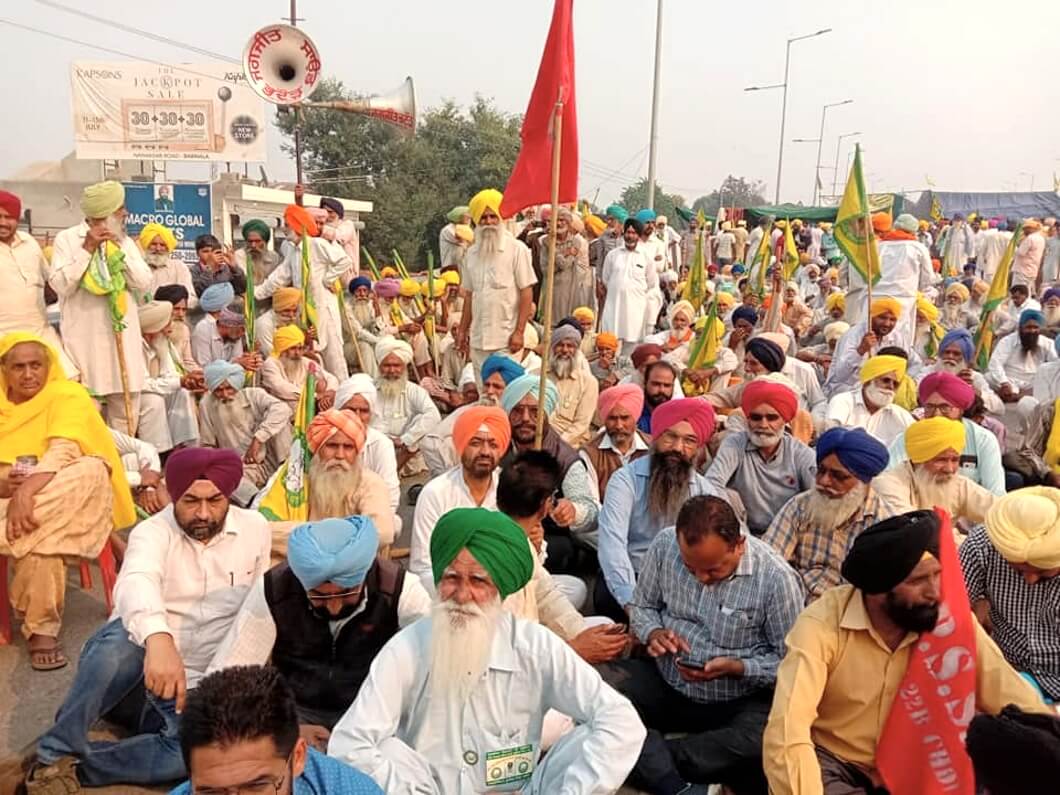 On 30 September thousands of people accompanied Manjeet Singh Dhaner when he came to the door of the jail after presenting himself at the Barnala Court. The Sangharsh Committee declared that they had brought Dhaner to the jail with full enthusiasm, and would release and take him back with the same enthusiasm. The dharna continued in front of the jail and became converted into ‘Sangharsh Gram’ (Village of Struggle), attended by thousands of farmers, workers, students, youth, women, writers, theatre artists, lawyers, intellectuals, electronic and print media and all justice-loving people. Women were especially strong and vociferous in their support. 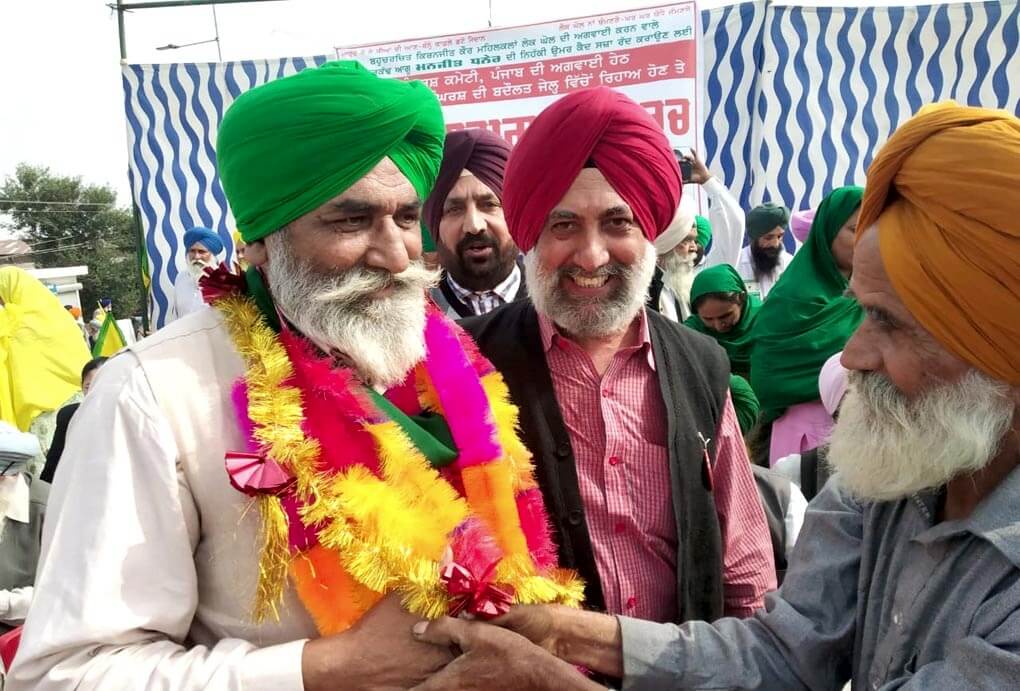 On 7 November the Governor ordered waiver of the life imprisonment sentence for Manjeet Singh Dhaner. Thus Manjeet Singh was released after 54 days and was greeted and welcomed back by the people on 15 November and accompanied to his home in village Dhaner some 40 kilometers away. Among those welcoming Dhaner were AIKMS President Comrade Ruldu Singh Mansa, CPIML CC member Comrade Sukhdarshan Singh, Punjab Kisan Union leader Comrade Karnail Singh Mansa, Harjinder Singh Manshahiya, Advocate Balkaran Singh Balli, and Balbir Kaur. This entire struggle and victory shows the way to dealing a befitting reply to those unleashing repression on democracy pro-people activists.