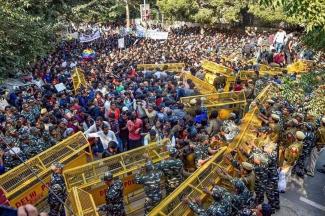 THE spirited struggle of Jawaharlal Nehru University students has brought the issue of the right to education to the political centre-stage.

JNU, in Delhi, is one of the handful of institutions in India where the offspring of the poor can afford to achieve an excellent University education. Now, the JNU Vice Chancellor appointed by the Modi Government has sought to close the doors of the University to the poor, by steeply hiking hostel room rents, and commercialising hostel facilities by demanding that students pay steep service charges, and water and electricity bills.

Thanks to JNU’S long-standing admission policies that welcome the poor and marginalised, 40% of students are from households whose family income is under Rs 12000 a month. The fee hikes and service charges would require such households to spend more than their entire monthly income on hostel fees to keep their son or daughter in University! Also thanks to JNU admission policies, more than half of JNU students are women: the fee hikes and commercialisation of hostels would evict them also from the University. 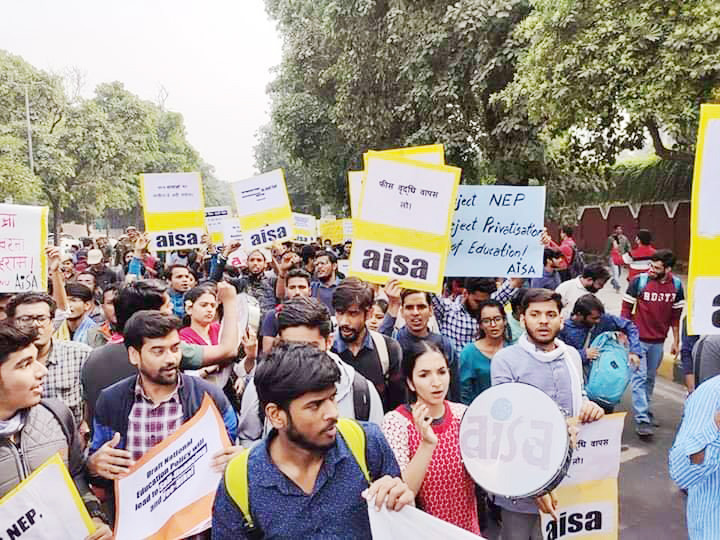 JNU students are not struggling for themselves alone. If hostels were successfully commercialised in JNU, where the student movement is so powerful, other colleges and Universities with low fees (including BHU, AMU, HCU) would soon face the same fate. The students are fighting to make sure college and University education is a right of every Indian, not a privilege reserved for the rich.

The Modi Government has declared war on the JNU students – allowing paramilitary CRPF troops into the campus, and unleashing vicious police lathicharge onto the students every time they make their voice heard on Delhi streets. Delhi Police, which is controlled by the Home Minister Amit Shah,  illegally shut off street lights and brutally beat up students under cover of darkness. A visually challenged student was thrown on the ground and kicked with boots by the police. Women students were subjected to sexual violence.

The JNU students, however, are continuing their movement undeterred by the violence. And they are winning the war of ideas as well. The Sangh propaganda machinery, including prominent TV channels is trying to desperately to project JNU as a waste of taxpayers’ money and JNU students as a bunch of . Their propaganda is at its ugliest when it is targeting JNU’s women students in the most misogynist terms. But in fact, JNU students and teachers have made the truth heard above the clamour of lies. It is widely recognised now that the fight is for the poor to be able to send their children to University. Taxpaying citizens are demanding why the Government which claims it lacks funds for higher education, has left nearly Rs 100 crore collected as Education Cess unspent. They are also asking why lakhs of crores of corporate taxes are waived every year, which if collected could fund hundreds of new Universities. 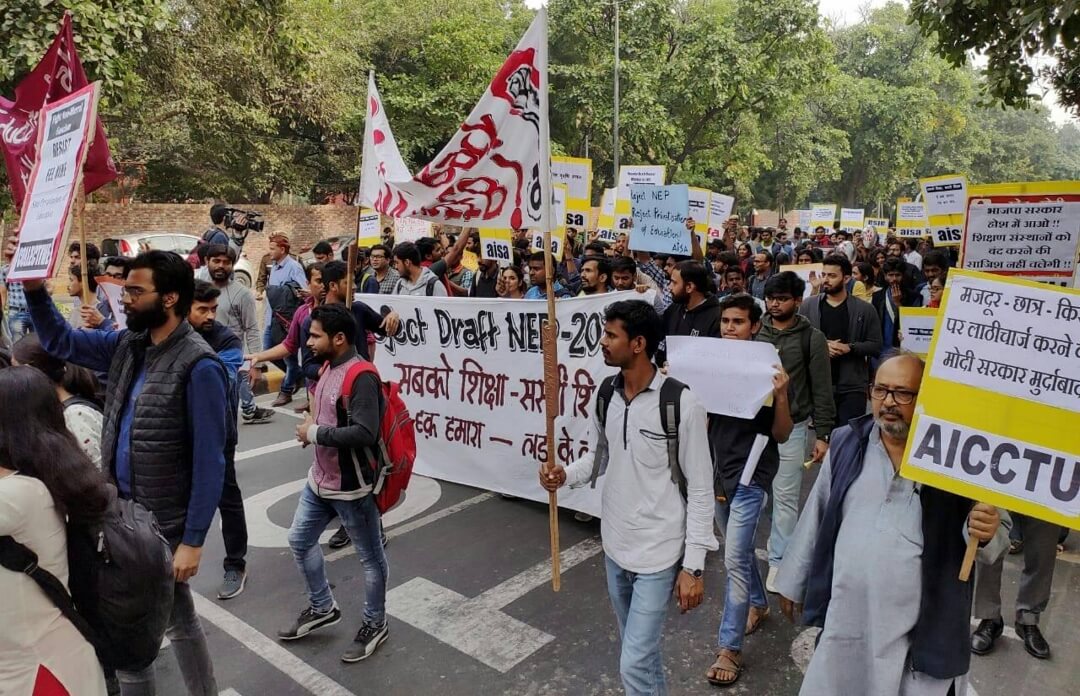 JNU students have also busted the eyewash of “roll back” of fees and “concessions for BPL students.” In fact, the supposed roll-back and concessions cannot benefit any actual students in JNU.

Rattled by the fact that the JNU students’ unity is forcing even the Sangh’s own student wing ABVP in JNU to claim it supports the movement, the MHRD has set up a committee, ostensibly to resolve the issues raised by students. The JNU VC, however, has reportedly avoided attending a meeting even of this Committee. JNU students are clear on their demands that the fee hike and hostel commercialisation proposal must be withdrawn with immediate effect, and any Committee discussing the issues must have JNUSU representation.

JNU’s movement is spreading fast – to campuses and students all over the country. The Sangh and BJP hate Universities because their questions, unlike that of India’s main Opposition parties, cannot be tamed by threats of CBI and ED raids! They are exposing the anti-poor, anti-education face of the Modi Government. People of India must extend solidarity to the student movement which is fighting for the future of India’s youth. 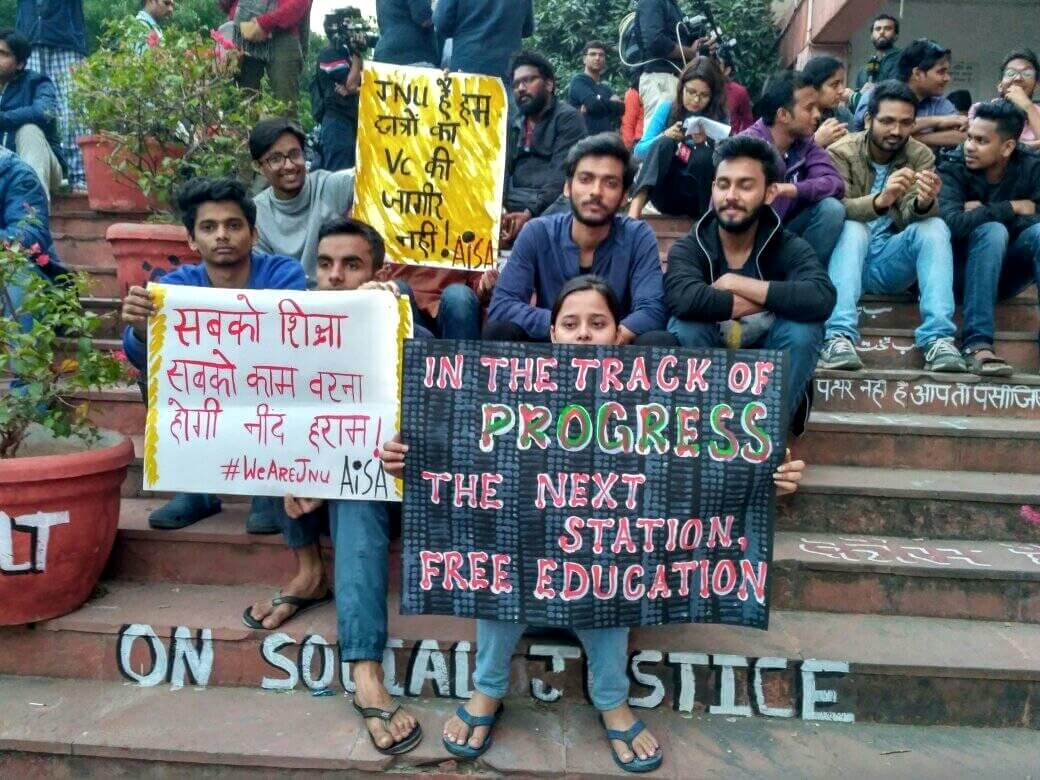