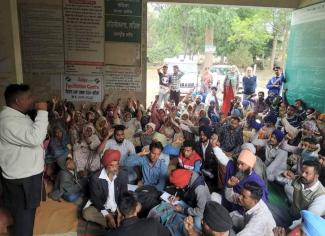 32 year old dalit youth Jagmel Singh who was brutally beaten by feudal forces died on 6 November at PGI Chandigarh on 15 November 2019. Jagmel came from the village of prominent Congress leader Rajinder Kaur Bhattal’s in-laws, where she owns 40 acres of land and has close contact with feudal forces. The chief accused Rinku Singh belongs to a feudal family. The victim Jagmel is survived by three small children, his wife and aged mother. 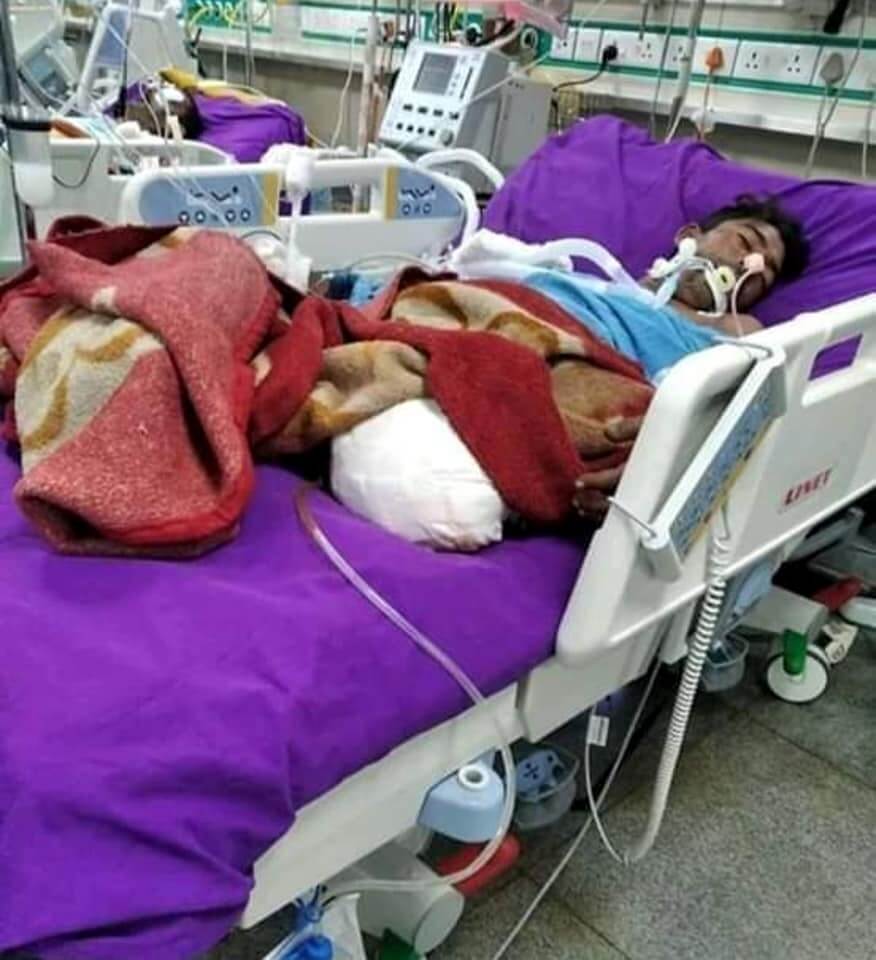 Jagmel Singh worked as a driver for Rajinder Kaur Bhattal’s family after initially working as an agrarian laborer and kiln worker. He came into contact with boys from rich families and became addicted to drugs. The villagers say he was a good driver and later worked for a private bus company but lost his job due to addiction, and suffered from depression as a result of poverty and unemployment. On the night of Diwali 27 October Jagmel had an argument with the accused persons who then came to his house and beat him up. The next day Jagmel reported them to the police but the police arranged a compromise and the accused persons agreed to pay Rs 5000 for Jagmel’s treatment. However, they later refused to pay the money and neither the police nor the Panchayat listened to Jagmel. Disappointed, he even lay down once or twice in front of the accused persons’ tractor as a protest. They considered this an affront to their feudal pride and decided to teach him a lesson.

On 6 November they took him with them on the pretext of giving him money for treatment, tied him up, beat up both his legs brutally and forced him to drink their urine. It was a chilling replay of the horrifying and heinous crime against Bant Singh Jhabbar which had taken place some years ago. They threw Jagmel back in front of his home. As his wife and family were away from home his neighbors took him the next day to Laheragaga Civil Hospital where the doctors, seeing him penniless and without an attendant, neither informed the police nor admitted him for proper treatment but sent him back home with makeshift bandages. It was only after his wife came back that she collected some money and admitted him on 10 November to the Sangrur District Hospital. From there he was taken to the Government Rajindara Hospital in Patiala and then to PGI Chandigarh where both his legs were amputated due to gangrene. But he could not be saved and he died on 15 November. On the basis of Jagmel’s dying statement, thepolice have arrested the four accused persons under Section 302 and SC/ST Act. Agrarian workers and student-youth organizations have formed an Action Committee and from 17 November onwards a dharna was held at the bus stand and the State Highway blocked. The demand of the Action Committee is that 50 lakhs compensation should be paid to the family of Jagmel and his wife should be given a government job, the arms license of the accused persons and their supporters should be cancelled and their fire arms confiscated, the role of the hospital doctors and the police should be impartially probed and strict action should be taken against the guilty. The CPIML’s Mazdoor Mukti Morcha is part of the Action Committee.

On 17 November a 4-member team of the CPIML visited the village and spoke with the victim family, farmers and workers in the village, and Action Committee leaders. The team included CC members Sukhdarshan Singh Natt and Bhagwant Singh Samaon and State Committee members Gurnam Singh Bheekhi and Gurjant Singh Mansa. The team members addressed the dharna and condemned this heinous act of social atrocity and reiterated CPIML’s full solidarity and support for the struggle for justice. They declared that this fight will be fought relentlessly till the victim family gets justice.