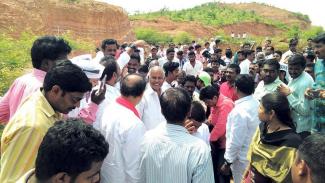 This Reservoir was built in 1977 across the river Varaha at a location in Ravikamatham Mandal of Visakhapatnam District. This project which caters to the drinking water facilities of 15 villages and the irrigational water for about 5,000 acres of land belonging to the poor tillers, was almost destroyed during the erstwhile Telugu Desam Government led by Chandrababu Naidu. As much land in this area was illegally given on lease to granite companies, livelihood of the Adivasis here turned bleak. In this scenario, the protection of the Reservoir became a question of life and death for the Adivasis. This Reservoir was such a blessing for the land belonging to the Adivasis as water would always flow to it from the Patti Manchaala Gadda, Somalamma Gadda, Singarapu Gadda, and several other hillocks and valleys around. The destructive consequences of the granite quarrying are very many. Some of the important ill-effects are: 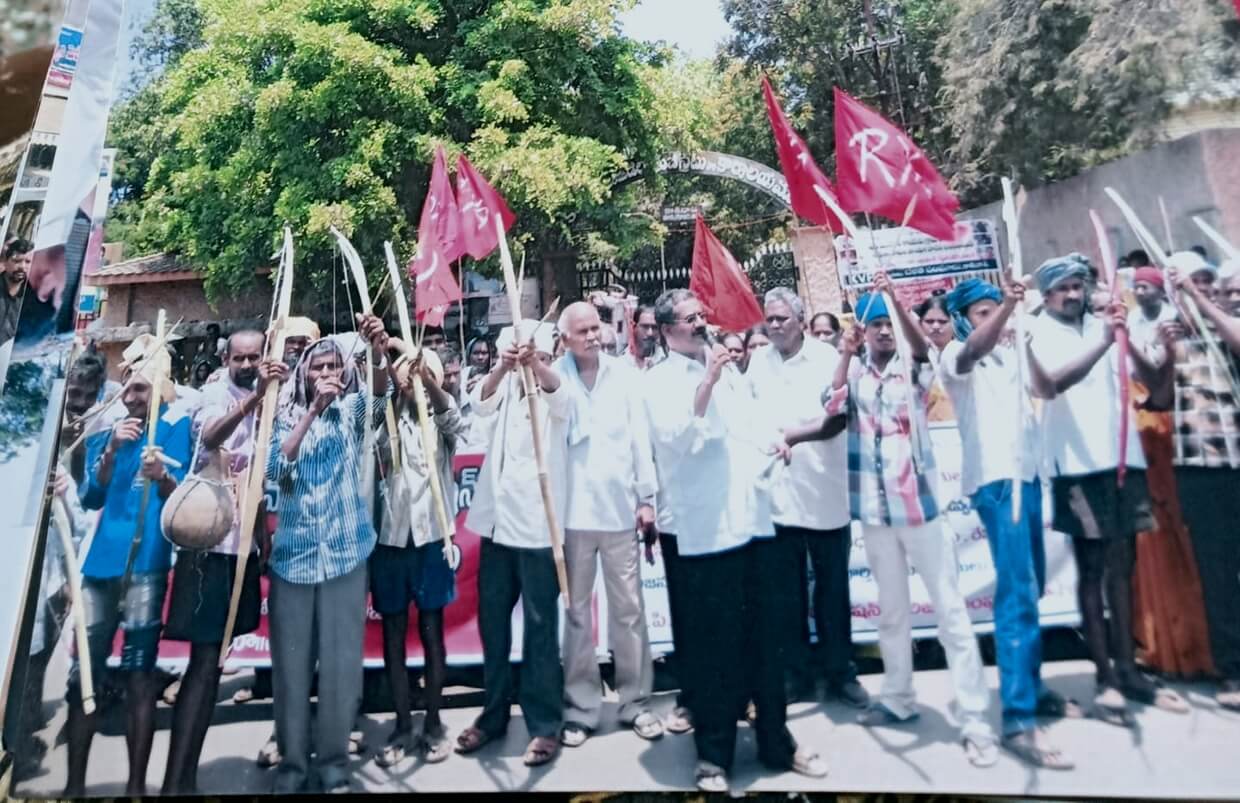 Petitions after petitions by the Adivasis and the other affected farmers were submitted not only to the District Collector and Magistrate, but even to the higher-ups who are in Delhi. Yet no response to the legitimate demands of these poor people, was received from the callous officers and the governments. Even though the Supreme Court has given verdict that gram sabhas too cannot grant permission to do such mining in catchment areas. It is clear that permissions were illegally granted.

The authorities have granted permission to 4 companies to operate mines here without any rhyme or reason, in naked contempt of court. Though there are so many tribal villages nearby, false reports denying the existence of the nearby villages are made so as to allow mining. The team visited the nearby villages and interacted with the villagers.

As it is a non-agency area, the girijans here have no opportunities to avail the many services intended for them by the governments. In addition to it, the mining related blasting, heavy transport etc., hang like a Damocles' sword on these poor girijans denying them their right to live in dignity as their health, crops, houses are destroyed by these illegal activities.  The irony is that the very officials, the people's representatives and the political leaders who are bound to protect the laws instead violate them by joining side with the mining mafia. It is a fact that the majority of them are party to the destruction of the natives' livelihood and lives. The authorities in the departments of Forests, Irrigation, Pollution Control etc. are puppets in the hands of the mining mafia and dance to their tunes, ignoring their duties and the natives' rights.

In the recent gathering of people's opinions conducted by the Revenue Divisional Officer, the Adivasis and the farmers protested against the permission granted to the mining companies in the vicinity of Ajaypuram village and demanded the immediate cancelling of the mining lease. As a result of the continuous struggle by the girijans, 2 companies are closed. Blastings continue in the vicinity of Ajaypuram village by the other two. Now, it is said that 20 more companies are waiting for permission to be granted to mine granites from the same area. The people of Cheemalapaadu, Jeddogampeta, Raachupanuku villages are terrorized by the ear-cracking blastings. The mafia manages to get false reports lying that the mining sites are far away from habitations and villages. This being a non-scheduled area, the companies get permissions to mine easily.  Our visits proved that such reports are wrong as we have interacted with the people of the adjacent villages.

Several protests were and are organized by CPI-ML (Liberation) under the leadership of Comrade P. S. Ajay Kumar, describing the critical situation of gross violations of the human rights of these poor villagers. The Chairperson of Water Board, Sri Rajendra Singh, Sandeep Pandey, Sri E. S. Sarma, IAS (Retd), have studied the effects of granite-mining in the area adjacent to the Reservoir, its impacts violating the rights of the poor girijans, the urgency to safeguard and protect the Reservoir. If the Reservoir gives way, it would wash away many villages leading to a huge man-made catastrophe.

More than 250 girijans and other farmers had reached Visakhapatnam and demanded the immediate cancellation of the permission for mining of granites in the area. They demand forthwith declaration of the area as 'No Mining Zone'. CPI-ML State leader, Com. D. Harinath, has demanded the authorities to cancel whatever permissions were granted for mining, without any further delay. CPI-ML, State Secretary, Com. B. Bangara Rao and AIPWA State President Com. T. Aruna also were members in this fact-finding team.