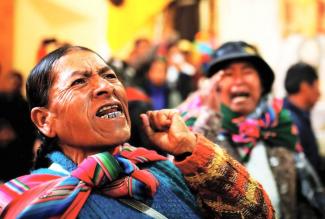 BOLIVIAN president Evo Morales is now in asylum in Mexico, after being forced to resign by the military soon after the last elections in Bolivia.

Evo Morales, the only elected head of state in Latin America who stayed 14 years in power through democratic means, has impressive achievements, including the tripling of per capita income, decrease of the percentage of Bolivia’s population that is poor from 60% to 35%, and Constitutional provisions ensuring the participation of indigenous people in governance and decision-making. He continues to enjoy very great popularity with the indigenous people who constitute at least 50% of Bolivia’s population. This section of people were completely excluded from power before Morales became President, with power being concentrated in the hands of the European-origin white, racist elite. They would face atrocities (like having insecticide sprayed on them) for even venturing into Government offices. Morales, a peasant leader, successfully resisted the US policy of criminalising coca cultivation, defending its traditional and medicinal use by Bolivia’s indigenous communities. His tenure also saw an enormous surge in respect for indigenous culture and attire – now seen as a mark of pride. He had the Wiphala flag - ancestral flag of the indigenous peoples - declared a second national flag and included as a logo on the uniform of the armed forces. His Government also restricted the police’s power to inflict lethal violence.

In 2008, a referendum was attempted, to remove Morales from Presidency, just two years after he was first elected. Morales won that referendum.

Bolivia’s Constitution stipulates a maximum of three terms for a single person as President. In 2016, nearing the end of Morales’ third term, he held a referendum seeking to amend the Constitution to allow him to contest a fourth time. He lost that referendum by a small margin. He then appealed to the Supreme Court citing his human right to contest an election, and the SC upheld his plea. He contested a fourth time and won – but the victory was called into dispute.

In Bolivia, if a Presidential candidate leads by a margin of 10% votes in the first round of counting, he or she doesn’t need to undergo a second round. Morales had a lead margin of 7.9% votes when counting was stalled for 24 hours for no clear reason. When counting resumed, Morales got a huge lead, winning 47.8 percent of the votes, nearly 11% more than his nearest rival. Morales’ party Movement for Socialism (MAS) attributed the lead to the counting of rural and indigenous votes.  But this 24-hour gap sowed the seeds of doubt. An observer team of OAS (Organisation of American States – a body notorious for being an agent of the US) objected and alleged manipulation in elections. Their report did not submit evidence of manipulation.

Massive protests led by Opposition parties hit the streets demanding Morales’ resignation. Morales agreed to hold a re-election – but the Opposition then said he is a traitor and must be arrested. Morales feared for his life. Military and police encircled his home and protestors in large numbers attacked his home. He was forced him to resign and flee to his own home area of Cochabamba. He later fled to Mexico, where he was granted asylum.

After Morales’ exit, Jeanine Áñes, a Christian conservative leader whose Democratic Unity Party got only four percent votes in the same elections, and who was second Vice President, called a meeting of the Senate. With two third of Senate members belonging to the MAS having boycotted the meeting, she lacked a quorum, but declared herself as the interim president on November 12 anyway. She declared re-election in 90 days, and also announced that Morales would not be allowed to contest and if he returned, he would be treated as a criminal, and arrested on charges of election manipulation. 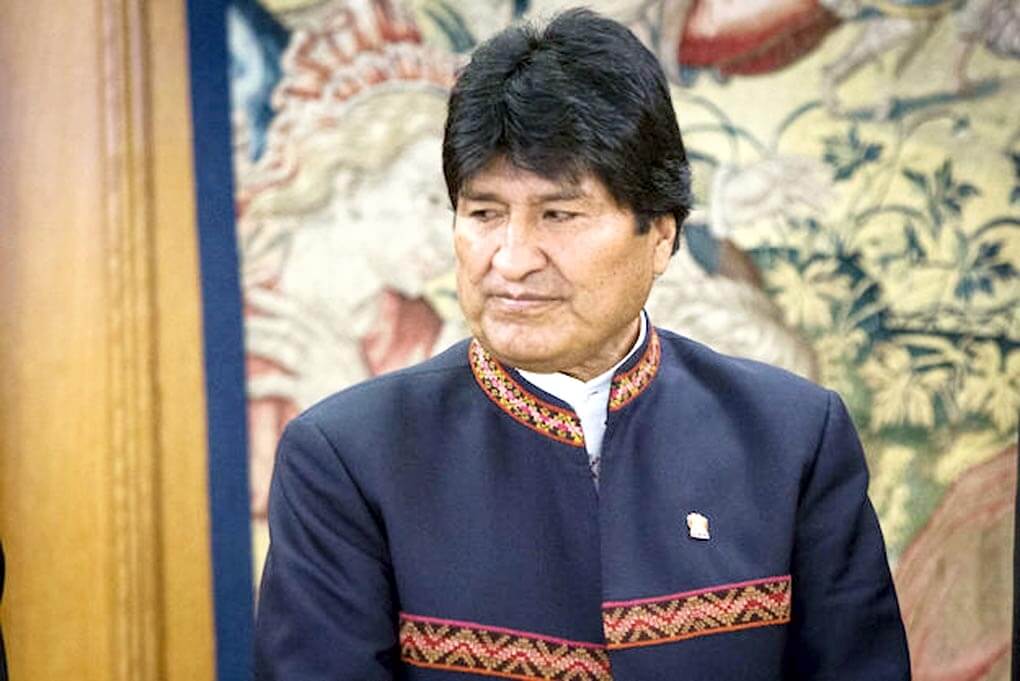 Significantly, Áñes took oath with a huge copy of the Bible in her hand, signalling a “victory” for conservative Christian racists over the indigenous faiths and culture. She declared, “thank god, the bible has returned to the Bolivian government.” In an October 5, 2019 tweet (now deleted), Áñes called the then president Morales a “poor Indian” “clinging to power,” alongside a cartoon of the politician hanging on to a throne, with the message “last days in power” added in yellow letters. This tweet made a blatantly racist jibe at Morales’ indigenous identity. In a November 6 tweet (also deleted later), Áñes shared a photograph of indigenous people in their traditional attire, suggesting they were not really indigenous because they wore shoes.

Now, confirming the fact that Áñes is heading a far-right military-backed coup, the armed forces have torn off the Wiphala logo off their uniforms, and right-wing demonstrators have burnt the Wiphala flag on the streets. Patricia Arce, the mayor of Vinto, in the MAS stronghold of Cochabamba, was attacked by right-wing mobs who shaved her hair, doused her in red paint (the colour of the right wing in Bolivia) and forced her to walk barefoot through Vinto, kneel and beg for forgiveness for supporting Morales.

The so-called “transitional” government headed by Áñes approved a decree allowing the Armed Forces full license to shoot at sight, exempting them from criminal prosecution for killing protestors. Thousands of protestors, including women and children, are on the streets of El Alto protesting the coup – and they are being massacred. 23 indigenous people are reported killed in this massacre.

Speaking to the New Yorker, Morales has said, “It pains me to see what we have built with such effort and sacrifice being destroyed. The problem here is a class difference; they cannot stand to see an Indian as President. I remember that, when I got the Presidency, some groups said, ‘Poor little Indian, let’s let him have fun as President for four or five months, but he won’t be able to govern, and then we’ll get him out of there.’ But then, after my first year in power, they realized they had made a mistake and said to each other, ‘This Indian is going to stay in for a long time, so we have to do something.”

Morales has said that the legislature is legally required to vote on his resignation – if it votes to approve his resignation, he has repeatedly promised to resign. But he has added, ““The people will triumph, I am convinced of that. The peasants and Indians, the original people of Bolivia, they will keep up the struggle, and they have all my admiration and my respect. I want to tell you something. Back in 2002, I was expelled from Congress, but I was returned the following year, and not just with one deputy on my side but twenty-seven. Now, in 2019, I’ve been expelled from Bolivia, but I will return with millions and millions (of supporters) and with the power to continue serving the people of Bolivia. Don’t doubt it.”