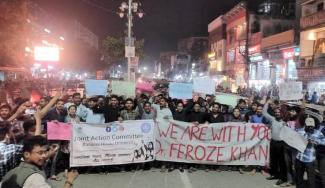 PANDIT, a Sanskrit/Hindi word means a scholar. Mahapandit means a great scholar. Today, I salute a great Sanskrit scholar Pandit Firoz Khan. Firoz Khan, a Sanskrit Professor at the BHU, is facing protests from Hindu fanatics who maintain that a Muslim is not entitled to teach Sanskrit! This is Trishool Terrorism at its worst. Or “bhagwa aatankwad” as they call in Hindi.

In the Indian culture, scholars enjoy a higher stature than kings. “Swadeshe poojyate raja, vidwaan sarvatra poojyate” we read in our Sanskrit classes. The saying means that a king is honoured only in his kingdom while a scholar is honoured all over the world. But the so called Sanskrit lovers, blinded by hatred, have forgotten the ancient wisdom.

In fact, Sanskrit has always suffered due to bigotry. In the caste ridden Hindu society, the study of Sanskrit language was a monopoly of Brahmin “devatas”. Shudras were barred from learning Sanskrit. After all Sanskrit was the “dev bhasha” (the language of Gods). Through this language, Brahmins communicated to Gods! Something like a code language which non Brahmins didn’t understand. And Sanskrit became a language of elites over centuries. Gautam Buddha, a great revolutionary, understood Sanskrit’s elitist nature. He gave his sermons in Pali, the language of the masses. Most Buddhist scriptures were written in Pali. Gautam Buddha didn’t touch Sanskrit with a barge pole. The Brahmin dominance continues to this day and most Sanskrit gurus are Brahmins, the holy twice born of the hierarchical Hindu society. 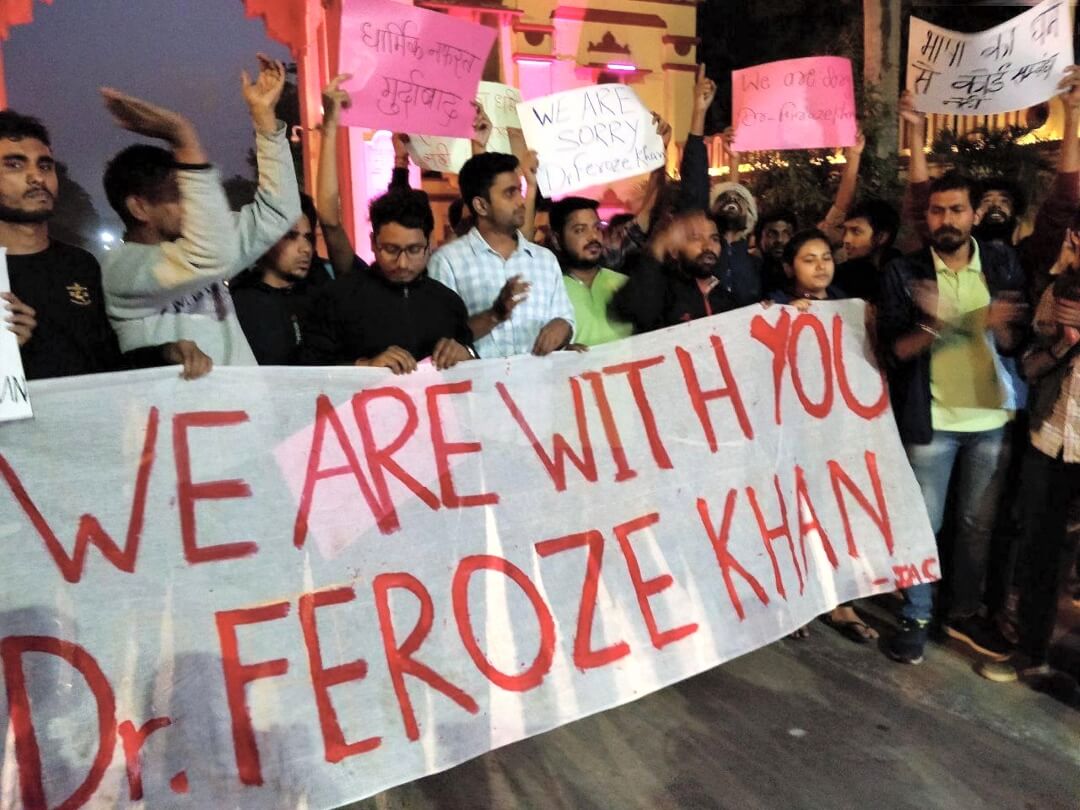 I, an unholy non Brahmin, have always loved Sanskrit. Under the three language formula, every Indian state is supposed to teach Hindi, English and a third language of its choice at schools. The Bihar Govt, in its wisdom, chose Sanskrit as the third language. Therefore, I grew up reading Sanskrit at my schools. I was fascinated with Panchtantra stories. Timeless stories told by Pandit Vishnu Sharma. And Hitopadesh stories also. Then there were “shlokas” from the Gita. And “subhasitanis” (wise sayings). The idea of Vasudhaiva Kutumbkam (the whole world is a family) first entered my mind through my Sanskrit textbooks. As I enjoy iftar with my Muslim friends, I always have this great idea in my heart. When you treat the whole world as your family, you don’t send Muslims to Pakistan! You leave these hateful ideas for the likes of Giriraj Singh.

Sanskrit, like Greek and Latin, is a classical language. Not spoken by the aam aadami. But a treasure of great classics. But who says that Sanskrit is a language of only Hindus? Max Mueller, a Christian from Germany, was a great Sanskrit pandit. So is Firoze Khan, the BHU Professor.

Do we want to learn Sanskrit from Vijay Mallya, a Saraswat Brahmin? Or Nirav Modi, a vegetarian Hindu? Certainly not. But unfortunately India is going through dark days where fair is foul and foul is fair. Modi’s BA degree is still traceless. A fake certificate calls him a graduate in “Entire Political Science”.

Muslims are being targeted in the name of Ram Mandir, love jihad, goraksha, ghar wapasi etc etc. The Prime Minister seeks votes for Sadhwi Pragya, an accused in the Malegaon bomb blast. Gopal Kanda is an honorable MLA while Sanjeev Bhatt serves a life sentence. In this “andher nagri, chaupat raja”, Firoze Khan is barred from teaching Sanskrit because he was not born a Hindu. That too at BHU, an institution which was financed by the Muslim Nizam of Hyderabad also. But I salute Pandit Firoze Khan. His opponents are, to use a term from Panchtantra, are “kshudrabuddhis” (mean minded)!

(Mr. Amitabh Kumar Das is a 1994 batch IPS Officer. His views are personal.)