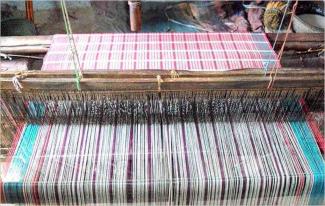 THE All India Handloom Board and the All India Handicrafts Board were dissolved by the development commissioners for these sectors on 27th July and 3rd August, just few days before the National Handloom Day of 7th August. The Modi government explained demolishing the boards as being “In consonance with the vision of ‘Minimum Government and Maximum Governance’, and “part of efforts to strive for a leaner government apparatus.” Citing the same rationale, the government has also disbanded the All India Powerloom Board recently.

In a ‘Mann Ki Bat’ episode of 2018, Narendra Modi claimed that the board handicrafts, khadi and village industries were set up during Jana Sangh leader Shyama Prasad Mookerjee’s tenure as Industries Minister. However, Mookerjee was in office only until 1950. The truth is that the Handicrafts Board was set up in 1952 by freedom fighter Kamala Devi Chattopadhyay and separate boards for handicrafts and handloom, and the Khadi and Village Industries Commission were started in 1957. The Modi regime can only claim credit for demolishing this legacy.

Annual reports published by the Ministry of Textiles since 1992 have not show any significant progress on the handloom board front. Also, for decades, there were not any recognised and proven steps towards the progress and growth of the weaver, artisans and the boards by the government. The last measures in this direction were the Janata Cloth Scheme and other controlled cloth schemes introduced by the government in 1976 with the intention of providing continuous employment to the weavers and supply of subsidised cloth to the poor.

The government claims now that the boards were utterly useless. But the government has no answers as to why it has failed to appoint new office bearers and new management board since 2015. The last notifications put up on the Textile Ministry website relating to the two dissolved boards show that the term of 121 handloom board members had expired in 2018, and that of the 65-member handicrafts board in 2015. These posts had since then been vacant.

The current Government claims that it has introduced several schemes and policies to support growth of the sector, one of those is the dubious Mudra scheme. The government’s annual report of 2017-18 claims that they have covered 52059 weavers under the Mudra scheme with an average loan of Rupees 44000 per head. But the truth is that the reader will never find an artisan or weaver benefited with the said Mudra scheme.

In India, after agriculture, handloom and its various branches provide survival and sustenance for the largest segment of people. Nearly 74% of the weavers are women artisans. he weaving industry is largely rural, and the decentralized unorganized sector is one of the mainstays of India's rural economy.

People from all over the world have flocked to this country to learn eco-friendly weaving techniques. As per the official handloom census, out of 36.46 lakh weavers in the country, 10% belong to Scheduled Caste, 16% to Tribal and 45% to OBC community. Collectively, they are able to produce 6,203 million square meters of products throughout the year, and this production generates a turnover of about Rs 2,249 crore. Today, what is the condition of a weaver in India?

Let us look at the current socio-economic condition of the weavers living in the villages at the junction of Margram in Birbhum and Khargram in Murshidabad of West Bengal. The weavers of this area mainly produce silk sarees. The population of the Natungram of Bishnupur Gram Panchayat in Margram 2 no. block is at about 1500, each of these 350 families is involved in weaving. There are about 300 looms in the whole village.

Wages range from Rs 420 to Rs 380 for 12 yards and 8 yards, although weaving takes about the same time regardless of the yards of cloth. All the family members have to be engaged in weaving, weaving and weaving, drying and so on. In other words, for working 18 to 22 hours for two to three days, the income of the whole family is just Rs 360 to Rs 420.

The moneylender will sell each sari at his next level of Rs 2500-3000 per piece. His profit per sari is Rs 800-1200. A moneylender employs at least 10 such weavers, who produce a couple of saris every day ready to be sold to him. In other words, after a week of backbreaking work, a weaver's family can earn a maximum of Rs 900. However, everyone knows how much a silk sari costs by the time it reaches the hands of the buyer, after dyeing, designing, colouring, labelling. Those profits all go to the moneylenders.

Scrapping the handloom, handicrafts, power loom boards is a huge body blow to the suffering weavers of India, and to India’s precious heritage of handloom and handicrafts.