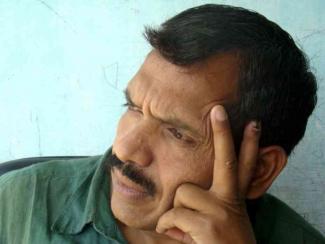 THE CPIML expresses deep grief at the demise of activist-writer Trepan Chauhan and pays tribute to his memory.

Trepan Chauhan was a writer and activist who always stood for the rights of the poor, workers and farmers through his writing and being active in movements. He stood strongly with the people of Uttarakhand in their struggles for the right to Jal-Jangal-Jameen (Water-Forest-Land). He carried out a long struggle by organizing local villagers against the forcible eviction of people for the Hydel Project at Falenda in Tihri. Trepan Chauhan supported small hydro projects run by the local people instead of big ones run by big companies. ‘Yamuna’ and ‘He Bwari’ were two of his novels which were written with the background of the struggle for Uttarakhand State. He worked to organize construction workers in Dehradun. Till his last breath he fought serious illnesses with exemplary forbearance and courage.

With his untimely death the CPIML has lost a friend and comrade.