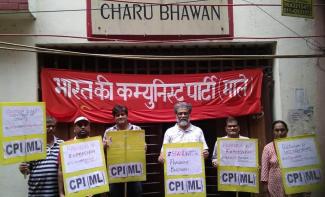 THE 'contempt of court' judgement against Prashant Bhushan will go down as one of the most bizarre verdicts ever given by the Supreme Court of India. The apex Court took suo motu cognizance of two tweets by Bhushan and delivered a verdict running into more than one hundred pages holding him guilty of not just 'contempt' of court but destabilisation of the constitutional foundation of justice and democracy.

The judgement was delivered with remarkable speed even as hundreds and thousands of cases are pending to be heard and disposed by the court for years and even decades. The contempt of court is a doctrine inherited from the colonial era which was made into an act in 1971. The arbitrary nature of the law can be gauged by the shocking fact that it needed an amendment in 2006 to 'introduce truth as a valid argument against contempt'.

While the act itself is arbitrary the selective nature of its application makes it even more so. The demolition of the Babri Masjid is one of the most open cases where a government and a party betrayed the commitment they had made to the highest court of India. The case is still going on after twenty eight years even as the same court has awarded the land for construction of a temple and its foundation stone has also been laid. The court has mandated equal pay for equal work and government after government keeps violating it without ever being held guilty of contempt of court. And here are two tweets that have been treated as the greatest affront to the integrity and reputation of the judiciary in India.

Prashant Bhushan's tweets are of course not the first celebrated case of being held guilty of contempt of court. On 6 March 2002 writer Arundhati Roy was indicted of the same 'crime'. On 9 May 2017, the Supreme Court held Calcutta High Court judge Justice CS Karnan guilty of the same offence and sentenced him to the maximum permissible punishment of imprisonment for six months. It is time India scrapped the contempt law along with its colonial era cousins like sedition and defamation laws which are only being issued to incriminate dissent and punish freedom of criticism.

The statement made by Prashant Bhushan, which Justice Arun Mishra thought only 'aggravated his crime', has become a citizen's testament to truth and liberty in these troubled times when the Constitution is under sustained attack and democracy is being sought to be sanitised of dissent. The overwhelming public support for Prashant Bhushan is certainly one of the most reassuring signs for the future of dissent and democracy in India.

I Do Not Ask For Mercy

I have gone through the judgment of this Hon’ble Court. I am pained that I have been held guilty of committing contempt of the Court whose majesty I have tried to uphold – not as a courtier or cheerleader but as a humble guard – for over three decades, at some personal and professional cost. I am pained, not because I may be punished, but because I have been grossly misunderstood.

I am shocked that the court holds me guilty of “malicious, scurrilous, calculated attack” on the institution of administration of justice. I am dismayed that the Court has arrived at this conclusion without providing any evidence of my motives to launch such an attack. I must confess that I am disappointed that the court did not find it necessary to serve me with a copy of the complaint on the basis of which the suo motu notice was issued, nor found it necessary to respond to the specific averments made by me in my reply affidavit or the many submissions of my counsel.

I find it hard to believe that the Court finds my tweet “has the effect of destabilizing the very foundation of this important pillar of Indian democracy”. I can only reiterate that these two tweets represented my bonafide beliefs, the expression of which must be permissible in any democracy. Indeed, public scrutiny is desirable for healthy functioning of judiciary itself. I believe that open criticism of any institution is necessary in a democracy, to safeguard the constitutional order. We are living through that moment in our history when higher principles must trump routine obligations, when saving the constitutional order must come before personal and professional niceties, when considerations of the present must not come in the way of discharging our responsibility towards the future. Failing to speak up would have been a dereliction of duty, especially for an officer of the court like myself.

My tweets were nothing but a small attempt to discharge what I considered to be my highest duty at this juncture in the history of our republic. I did not tweet in a fit of absent mindedness. It would be insincere and contemptuous on my part to offer an apology for the tweets that expressed what was and continues to be my bonafide belief. Therefore, I can only humbly paraphrase what the father of the nation Mahatma Gandhi had said in his trial: I do not ask for mercy. I do not appeal to magnanimity. I am here, therefore, to cheerfully submit to any penalty that can lawfully be inflicted upon me for what the Court has determined to be an offence, and what appears to me to be the highest duty of a citizen.

CPIML Statement: Criticism is not Contempt

We are deeply disappointed at the judgment of the Supreme Court holding advocate Prashant Bhushan guilty of contempt for two tweets. The judgment has the effect of stifling free speech and fair criticism and seeks to brush aside genuine concerns about the functioning of the Court and the administration of justice.

In recent times, we have witnessed such criticism from several quarters including retired Judges of the Supreme Court, activists, lawyers, and intellectuals, and in our view, such criticism should be valued and heeded by the judicial institution.

We believe that the surest way for the judiciary to gain the respect of people, is not by the use of its powers of contempt, but by being independent, fearless and objective while upholding the human rights and civil liberties of the people. This judgment comes at a time when there is growing intolerance and tendency to criminalise dissent in the country. The Constitution is under attack, democratic institutions are capitulating to majoritarianism and the rule of law is being consistently undermined, by the Modi Government. Dissent, essential in a democracy, is curbed using the draconian UAPA and sedition law, etc. and any counter-majoritarian view is labelled as anti-national.

Many crucial institutions display a worrying tendency to express loyalty to the ruling regime rather that to the Constitution of India. Rather than performing their constitutional duty to apply their minds and make decisions without fear or favour, these institutions are giving the impression of rubber-stamping decisions of the executive. Such a tendency is fatal for any democracy. Any attempt to stifle criticism of institutions: whether it be the legislature, the executive, the judiciary or other bodies of the State, paves the way for a police State instead of a democracy. We stand in solidarity with Prashant Bhushan. 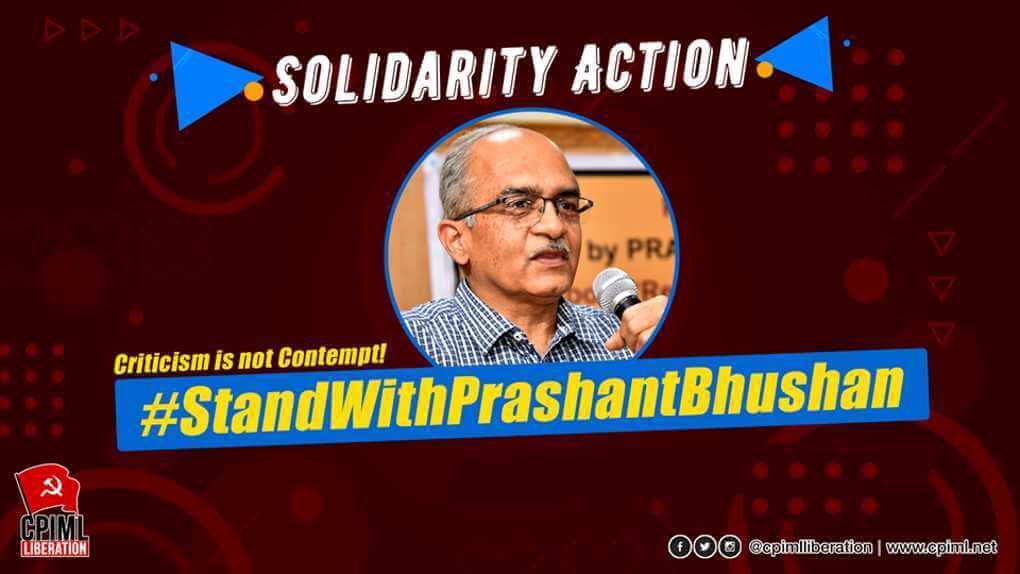