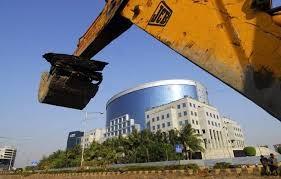 WITHIN a month of the banking crisis making headlines, with Non-Performing Assets (NPAs) of all banks combined crossing Rs 10 lakh crore, the financial markets in India had another big jolt of bad news. One of India’s biggest Non-Banking Financial Company (NBFC), IL & FS (Infrastructure Leasing and Financial Services) Group Company defaulted on its credit obligations to lenders. Actually IL&FS, a group company, defaulted in payment obligations of bank loans (including interest), term and short-term deposits and failed to meet the commercial paper redemption obligations due on September 14, 2018. With a combined debt obligation of Rs 91,000 crore of the IL & FS group, the majority of it held by Public Sector Banks (PSBs) including SBI and LIC, the market naturally panicked. The Modi government went into a huddle seeing the stock market tank. On October 1, 2018 using a little known provision of the Companies Act, the Government took over the board of the IL & FS Limited and appointed Uday Kotak, well known banker, as Chairman of the board ostensibly in hope of addressing the crisis.

IL&FS, an RBI registered Core Investment Company since 1987 was formed by three financial institutions, namely the Central Bank of India, Housing Development Finance Corporation (HDFC) and Unit Trust of India (UTI), to provide finance and loans for major infrastructure projects as part of the first generation financial sector reforms. IL&FS Limited is the holding company of the group which as of 2018 has 256 group companies including subsidiaries, joint venture companies and associate entities with 23 direct subsidiaries, 141 indirect subsidiaries (including special purpose vehicles for different projects), 6 joint ventures and 4 associate companies, each of them is further subdivided into additional legal entities, with much cross ownership. The IL&FS group has exposures mainly in NBFC, infrastructure lending and constructing, operating and maintaining big Infrastructure projects. The payment crisis in the group shouldn’t be seen in isolation and the whole thing can only be grasped in context of larger crisis in banking sector now maturing into full-fledged financial sector crisis.

Successive governments have succumbed to the pressure of deregulation of financial markets as part of neoliberal policy agenda dictated by global financial capital. The Modi Government has only increased the tempo of this by allowing the group to operate in the domain of what has been termed as ‘shadow banking'. The opaque nature of the group functioning and complex web of intra group investments and holdings has further complicated the issue with Reserve Bank of India (RBI) and Securities Exchange Board of India (SEBI) failing in their regulatory duties. It resulted in the failure on part of regulators to determine systemic risk and thus ruling out possibility of timely intervention. Highly rated credit agencies have also failed to underline the imminent default of IL & FS group before it actually occurred. The group was rated AAA by rating agencies just few weeks before the default happened. It’s not the first time that credit rating agencies are found wanting in this regard.

When the institutional regulatory mechanism is found wanting and credit rating agencies fail to ring the bell in time, the market panics at big bad news and the government feels the need to ‘manage’ the crisis. This happens time and again without a deeper analysis of the reasons for the crisis.

Deregulation of financial markets or lack of political will to regulate under pressure of global financial capital has resulted in a situation where what was once being termed as shadow banking is now becoming the norm with fund raising and exposures of credit market through mechanisms of NBFCs and micro-credit falling in no man’s land, and neither RBI nor SEBI or any other regulator in any position to comprehensively make a risk assessment. The share of NBFC in total credit generation is now touching twenty percent and has seen a phenomenal increase but the resource generation and exposure to lending is not necessarily regulated. The situation was such that IL&FS debt was 17 times that of equity and there was over reliance on short term credit like commercial papers, corporate deposits to fund long term infrastructure projects. With interest rate hardening in short run, the IL&FS started feeling the heat, which only got exaggerated when infrastructure projects where the group has credit exposure got stuck for one reason  or another.

The banking sector has been wary of funding infrastructure projects of late due to mounting NPAs in the sector. It seems in the over excitement to tap the resulting opportunity in credit market the IL&FS over-relied on short term credit resources to tap these opportunities to lend to infrastructure projects with long term exposures. In the backdrop of this mismatch in the borrowing-lending timing, made possible due to failure of regulators in the larger backdrop of deregulation, the hardening of interest rates in the short run only turned out to be the final nail in the coffin which made the cash stuck IL&FS default on payment obligations of commercial papers and corporate deposits from MFs, Corporates and Institutional Investors.

Implications of the Crisis

The IL&FS crisis is likely to have serious repercussions for the credit and money market, and the financial sector as a whole is likely to take a hit. RBI and Government actions clearly hints towards bailout plans for IL&FS. The biggest shareholder of the group is the public sector Life Insurance Corporation (LIC) accounting for 25.34 percent of shareholding as of March 31, 2018. Besides that HDFC (9.02 percent), CBI (7.67 percent) and SBI (6.42 percent) are major shareholders. Foreign Institutional Investors (FIIs) Orix Corporation of Japan and Abu Dhabi Investment Authority (ADIA) also has substantial stake in IL&FS. The majority of Rs. 91,000 debt of the group is held by banks. Thus the Public Sector entities will be made to take the hit both as shareholders and in their capacity as lenders to IL&FS as part of the restructuring plan that would be worked out as bailout package. News reports in public domain already hints in that direction. If PSBs are forced to take a haircut (financial jargon for write-off), it will put further pressure on them when they are already under strain with NPAs jumping 400 percent in four years to record level of Rs 10 lakh crore. The Modi Government has allowed the likes of Vijay Mallya, Nirav Modi and Mehul Choksi to simply flee without being held accountable towards their debts to PSBs. LIC would also be asked to pump in further money in its capacity as shareholder.

With the fear of a liquidity crunch due to imminent defaults by IL&FS, it is likely that the crisis will grow into a larger NBFC and financial sector crisis with big public financial entities being forced to step in to save the IL&FS. The argument is likely to be on the lines of ‘Too Big To Fail’ (TBTF). RBI already classifies IL&FS as a systemically-important non-banking finance company indicating in which direction the things are likely to move, if not already known by Modi Govts prompt decision to take over management. It is only the first step in the direction of bailing out IL&FS. Like American International Group (AIG) at the time of the global economic crisis which started in 2008 in the US, the Government of India is also likely to bailout IL&FS with the public money of LIC & SBI. This is now emerging has a pattern under Modi Government.  Earlier this year LIC was forced  to take over IDBI despite opposition from employees. In 2017, ONCG was forced to bail out Gujarat State Petroleum Corporation (GSPC). The losses arising at first place due to known cronies Adani and Ambani close to PM Modi having dubious one-sided deals with GSPC. Sadly, such use of public money to bailout big financial entities like IL&FS is the biggest insurance for the reckless lending decisions and behaviour of management of those at helm of ‘TBTF’ entity enjoy. This is nothing short of a scam, bleeding public money to finance crony capitalists.

With bailout being the focus, the larger repercussions of the crisis for the people will be missed with the attention mainly on stakeholders and financial players and their felt needs. Public interest will take a direct hit in form of use of public money for bailing out IL&FS which created the crisis by reckless lending to private players involved in infrastructure sectors. Further, it is alleged that IL&FS on its own as indulged in profiteering in infrastructure products where it has partnered up with public sector entities in PPP model. It has profited in name of hefty charges for consultation and management fees for such projects with public sector entities at receiving end. No accountability for this is likely to be fixed. The resultant liquidity crunch due to crisis will further derail already stagnant economy.

With economic measures of Modi Govt such as GST and Demonetisation already hitting SMEs the hardest, the situation looks grim in case defaults too gets triggered at SMEs level due to working capital crunch for want of credit. The cascading effect of this will be huge as several of NBFCs has investments from banks, MFs, Insurance and other entities forming part of financial sector. If financial crisis deepens due to this it will bite the real economy at the level of SMEs. The interests representing financial capital, while seeking bailout of IL&FS, will restructure their exposures as per their new priorities with SMEs being left out for want of credit. The Modi Government decision to takeover the board of IL&FS is the latest sign of the grip that financial capital commands on the State.