Skip to main content
SPECIAL FEATURE 29 May 2021
COVID-19 Vaccine Debacle: Why are people left at the mercy of the market? 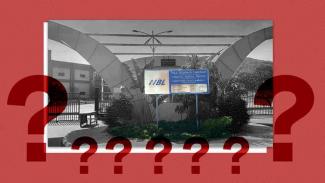 A rusty board at the gate and a deserted campus awaits anyone visiting the Integrated Vaccine Complex (IVC) in Chengalpattu, around 56 kilometers away from Chennai. At first glance, one may think this is an obsolete place, but what lies behind those arc shaped gates is the state-of-the-art publicly owned vaccine manufacturing set up in 2012 and has a proposed capacity of producing one billion doses annually. But, for the past nine years the complex has been lying idle, and HLL Biotech Ltd, a Government of India enterprise that owns the complex now wants to sell it to private players.

The story of HLL Biotech Ltd’s IVC represents the criminal act of sabotaging the public healthcare system and free universal vaccination program, leaving people at the mercy of private players. Amid the COVID-19 pandemic and shortage of vaccines, IVC could have boosted India’s COVID vaccination drive but the facility only contributed by manufacturing hand sanitizers.

At a time, India is facing a massive shortage of COVID vaccines, India’s neglect of its state owned vaccine manufacturers is a clear case of criminal act. It is estimated India would need 1 to 1.2 billion doses (considering the current two dose vaccine schedule both for COVIDSHIELD and COVAXIN) to inoculate around a minimum of 60 percent of the population. Till now only less than 3.5% of the population, roughly around 40 million people have received their complete vaccination. But it is clear from the graph (Figure 1), rather than ramping up the vaccination drive, the inoculation graph is drastically falling down since mid April. So, why is India only relying on two vaccine manufacturers?

The Modi led Central government claims that IVC is not a feasible option due to cost escalation and in 2019 it refused to approve the increased cost of Rs 905 crore (from Rs 710 crore in 2017) to make the facility functioning. While the Modi government refuses to provide further financial support for IVC to make it functioning for COVID-19 vaccine production, it readily provides “whatever support is necessary” to private vaccine manufacturers like Serum Institute of India (SII) and Bharat Biotech. Recently, amid the vaccine shortage, India provided further a grant (which the government claims as advance payment) of Rs 45.67 billion to SII and Bharat Biotech to boost production in April 2021.

Despite providing government advance and money for clinical trial (ICMR spent Rs 46 crore) to SII’s COVIDSHIELD and Bharat Biotech’s COVAXIN (which was produced in collaboration with government institutes like ICMR and National Institute of Virology), Modi allowed these companies to engage in super profiteering. By his own submission, SII’s CEO Adar Poonawalla claimed he was making a profit even at a price of Rs 150 per dose, so why did the government allow SII to sell the vaccine at Rs 600 per dose for private hospitals and Rs. 300 to government hospitals?

The same is the story of neglect of six other state owned vaccine manufacturers that once formed the backbone of India’s universal vaccination program. Apart from IVC, India’s other public sector vaccine manufacturer are- Central Research Institute (CRI) in Himachal Pradesh; BCG Vaccine Laboratory (BCGVL), Pasteur Institute of India (PII) and HLL Biotech in Tamil Nadu; Bharat Immunologicals and Biologicals Corporation Limited, Uttar Pradesh; Haffkine Bio-Pharmaceutical Corporation Limited, Maharashtra; and Human Biologicals Institute, Telangana. But most of these are left to die a slow death due lack of funds for upgradation and quality control. It was only on April 16, 2021, amid rising shortage of vaccine, Modi government decided to include three PSUs (Haffkine Biopharmaceutical Corporation Ltd, Indian Immunologicals Limited, Bharat Immunologicals and Biologicals Limited) in COVID-19 vaccine production.

As a Down to Earth investigation report noted

“India has adequate capacity — the country has a panel of seven PSUs that have the capability to produce vaccines. But the manufacturing licences of three of these PSUs — Central Research Institute, Kasauli; BCG Vaccine Laboratory, Guindy; and Pasteur Institute of India, Conoor — had been cancelled in 2008 as they were not following the good manufacturing practices laid down in the Drugs and Cosmetic Rules, 1945.

In 2012, a decision was taken to revive these units. However, they were not made fully functional.

The DTE investigation revealed that India also has an Integrated Vaccine Complex in Tamil Nadu which was established to provide vaccines needed for the country’s Universal Immunisation Programme after the closure of the PSUs. Though ready since 2016, this unit too is defunct at the moment.”

The real reason behind the government’ s neglect of state owned vaccine manufacturers is giving away the space for private players and markets. Rather than reviving PSUs and upgrading their capacity and quality, the government since Congress led UPA decided and then BJP led NDA chose to leave the space to market. Back in 2008, an Economic Times report quoted a health ministry official saying on the question of Vaccine PSU, “these facilities have served their purpose and now will be used as diagnostic testing centres which will start operating in the next few months. The 800-900 employees in these units would be retrained for the same”.

Vibha Varshney, the lead investigator and writer of the magazine’s report noted: “This is exactly what Down To Earth has been asking for — way back in 2009, we had called for revival of PSUs for making vaccines. India could have avoided the ongoing crisis of vaccines if it had taken these proactive steps earlier. But what is notable here is that the three major vaccine manufacturing units under the Ministry of Health and Family Welfare, which have the maximum expertise and capacity to produce vaccines, have not been included in this list. Even the Integrated Vaccine Complex does not come in this list.”

Very clearly, the Modi government decided to sideline India’s public manufacturers from the beginning. And instead of augmenting the capacity of these PSUs to manufacture COVID-19 vaccines for universal free vaccination drive, the government chose to go with private players eyeing for profit amid pandemic.

India’s overall COVID deaths have already crossed 2.9 lakh and the daily death rate is still more than 3800. It is clear that currently the only way to control the pandemic is through vaccination, but India’s inoculation drive (one dose out of two) has only been able to cover around 11 percent of the population. So, why is India not expanding its manufacturing capacity by involving state owned vaccine companies like state-of-the-art IVC?

Under the Indian Patents Act, 1970, Indian government has to issue compulsory licences and to override intellectual property rights for essential drugs or vaccines.

“If the Central Government is satisfied, in respect of any patent in force in circumstances of national emergency or in circumstances of extreme urgency or in case of public noncommercial use, that it is necessary that compulsory licenses should be granted at any time after the sealing thereof to work the invention, it may make a declaration to that effect..”

Furthermore, Section 100 of Patents Act -Power of Central Government to use inventions for purposes of Government- notes,

Notwithstanding anything contained in this Act, at any time after an application for a patent has been filed at the patent office or a patent has been granted, the Central Government and any person authorised in writing by it, may use the invention for the purposes of Government in accordance with the provisions of this Chapter.

Despite having powers to do so in view of the health emergency and extreme urgency caused by the pandemic, the Modi government chose to remain silent on releasing the patents for mass manufacturing of COVID vaccines available in India. Infact, India has also refused to give compulsory licenses for essential drugs involved in COVID treatment. In response to a petition filed in the Supreme Court on April 30 regarding compulsory license for vaccines and other COVID related medical products, the central government called for a silence on this issue and noted in its affidavit:

• …… When there is a surge in cases and in demand of patented medicines/drugs/vaccines from all over the world the solution needs to be found out essentially at an executive level engaging at diplomatic levels. Any exercise of statutory powers either under the patents act 1970 read with TRIPS agreement and Doha declaration or in any other way can only prove to be counter-productive at this stage, the central government is very actively engaging itself with global organisations at a diplomatic level to find out a solution in the best possible interest of India. It is earnestly urged that any discussion or a mention of exercise of statutory powers either for essential drugs or vaccines having patent issues would have serious, severe and unintended adverse consequences in the countries efforts being made on global platform using all its resources, good-will and good-offices though diplomatic and other channels.

India issued first compulsory licenses in 2012 to Indian generic manufacturer Natco to produce affordable generic versions of the chemotherapy drug sorafenib tosylate. German multinational pharmaceutical, Bayer had the patent over the drug in India and was selling it for a price of Rs, 280,000 for a monthly dose! The compulsory licence sorafenib tosylate had a dramatic effect on the drug’s price – bringing it down to only Rs 8,800 for a month’s dose.

India can easily issue compulsory licence, especially for COVAXIN, developed jointly by the government and Bharat Biotech, so why is the government not releasing its patent and engaging in mass production?  India is clearly taking a contradictory stance in terms of intellectual property rights. At the World Trade Organization (WTO), India and South Africa introduced a proposal for temporary waiver of Trade-Related Aspects of Intellectual Property Rights (TRIPS) provisions on intellectual property rights regarding COVID-19 vaccines and related medical products. This proposal is facing massive obstacles from developed countries and the global pharma industry. Though the United States government recently decided to support the TRIPS waiver proposal, it may take at least a year before the proposal reaches its final stage of negotiations. At the same time, the Modi government is refusing to override patents on COVID-19 vaccines and other medical products available in India.

Amid the crisis, India government must invoke Section 92 and 100 of Indian Patent Acts and augment the state-owned vaccine manufacturers for mass production of COVID-19 vaccines. Instead of leaving people at the hands of private vaccine companies and market forces, the Modi government must immediately bring COVID vaccination under the free and door-to-door universal immunization program. Furthermore, such a move for mass production will not only be able to cater India’s domestic needs but also its international vaccine commitments to developed countries.