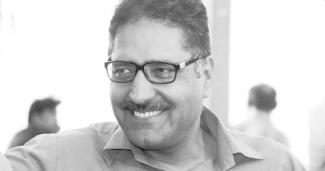 Three parallel encounters in South Kashmir on Sunday have left behind a trail of blood: 13 local militants, four civilians and three soldiers were killed in the span of a few hours. Government forces celebrated the operation, the largest in a decade, as a major success against militants whose presence has seen a rapid increase in Kashmir in general and South Kashmir in particular.

But first, the term “encounter” needs to be interrogated. Online dictionaries have started listing a separate meaning for the word in the South Asian context: “A violent incident in which a suspected criminal is killed by a member of the police, especially under controversial circumstances.”

In Kashmir, the word has come to signify, more often than not, a carefully planned operation with coordination between various security forces, the police, the Army and the Central Reserve Police Force. According to the police, the standard operating procedure demands that forces closing in on a target ask the militants to surrender. In most cases, however, these operations end with death.

Even when used in the South Asian sense, the term “encounter” seems inadequate to describe the violence in Kashmir. Almost every operation seems to follow a pattern that has become a ritual, from the search operations and the laying of the security cordons, to the opening of fire and the protests by civilians, to burnt houses and bodies and vast public funerals.

Do these encounters help in bringing peace, or have they pushed Kashmir into a situation where violence has become a norm?

The phenomenal increase in militancy, especially local militancy, has brought the situation back to square one. From a few dozen militants, mostly foreigners, in 2013, the numbers have swelled to 300. Moreover, local militants outnumber foreigners. This has led to involvement of the civilian population in any operation that targets militants.

In 2016, Hizbul Mujahideen commander Burhan Wani, described as the poster boy of militancy, was killed and the unrest that followed claimed nearly 100 civilian lives. A dead Wani proved to be a more effective mobiliser for militancy, just like Jammu and Kashmir Liberation Front founder Maqbool Butt, hanged in 1984, and Afzal Guru, hanged in 2013.

If Guru’s execution for his role in the 2001 Parliament attack pushed youth into the web of a resurgent militant network, Wani’s death also gave a fillip to the recruitment of locals. That is why the number surged to 126 in 2017, and 27 have already joined militancy in the first quarter of 2018. The son of the separatist Tehreek-e-Hurriyat chairman, Ashraf Sehrai, was the latest high-profile recruit to militant ranks.

However, the April 1 gunfights have raised more questions about how to deal with the situation. If this is the way that militants are to be taken off the scene, then it sets a dangerous trend of security forces versus the population.

Local participation in militancy has led to huge civilian support for the structures that hold it together. This is especially true of South Kashmir. A large number of local youth who have joined the ranks no longer find themselves in isolation or ostracised. The general public rallied behind militants in the 1990s too, at the height of militancy. This time there is even more aggressive support, visible when people try to foil armed operations. Going after militants sometimes looks like an operation to take on the population.

To kill 13 militants, the security forces also had to kill four civilians and injure over 150, besides locking down South Kashmir and other parts of Valley. Some of the injured civilians are badly hit with pellets from shotguns. This huge collateral cost will work as ammunition for anger, which will make new militants.

Winning no hearts and minds

Unfortunately, the killings are celebrated in the rest of India, especially by those associated with the ruling party. Sunday’s gunfight took place against the backdrop of reports that the Centre was thinking of scaling down armed operations to ensure a “peaceful summer” and encourage tourism in the Valley. But that seems to be a far-fetched idea: projecting Kashmir as a peaceful destination.

But this much is clear: it is a large-scale war in which the civilian population is also pitted against the forces. It no longer fits the description of “Winning Hearts and Minds”, the official doctrine that was touted as the solution to Kashmir about a decade ago.

But for how long can security forces justify the killing of civilians, and how many can they afford to kill? More youth will join the ranks, that too without significant training and ammunition, since they no longer cross the border.

The crisis that is unfolding is the result of a failed policy. The military approach has failed in Kashmir, if only decision makers in Delhi would care to see it. A policy of dismissing the frustration and despondency on the ground as merely Pakistan-sponsored has led to Sundays like this.

Without using politics as a springboard to address the situation, Kashmir is unlikely to see any change. Even the mainstream parties elected to power have failed to make any difference on the ground, despite pushing an ambitious developmental agenda.

Recognising it as a political problem and talking to all stakeholders without conditions is the only way. Pakistan also is important to the process of finding a solution. Killing militants has come at a huge cost. The forces may kill militants but will not kill the ideas behind militancy. The past 27 years have shown that repeatedly.